WrestleMania at WWE.com
WrestleMania is an annual pay-per-view event produced by World Wrestling Entertainment since 1985. It is billed as the promotion's annual flagship event.

WrestleMania is to WWE as the Super Bowl is to the National Football League, in the sense that it is the most important event of the year in sports entertainment. It is the largest and longest running of all major wrestling events in the world and has been described to be "The Grandaddy of Them All," "The Showcase of the Immortals," and "The Grandest Stage of Them All."

WrestleMania, Royal Rumble, SummerSlam, and the Survivor Series events are the original four annual WWE pay-per-view events. From 2004 to 2006, the four events were the only events to bring together the RAW, SmackDown!, and from 2006, ECW brands together. WrestleMania has been known to launch the careers of many great WWE Superstars, past and present, such as: Shawn Michaels, Hulk Hogan, Bret Hart, Stone Cold Steve Austin, The Rock, and most notably, The Undertaker, who has the longest undefeated streak (21-0) at WrestleMania and has also made the most WrestleMania appearances. WrestleMania is known to be the greatest and most famous event ever in professional wresting, it is one of the longest running and the most successful wrestling event ever. 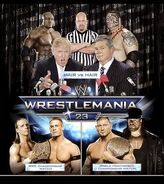 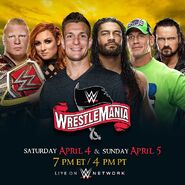 Money in the Bank Winners' Images