WWE Extreme Rules is a professional wrestling event produced annually by World Wrestling Entertainment, a Connecticut–based promotion, and broadcast live and available only through pay-per-view (PPV). The name of the event stems from term "Extreme Rules," which WWE uses to refer to its bouts that are contested under hardcore wrestling regulations; defunct–Extreme Championship Wrestling (ECW) originally used the term to describe the regulations for all of its bouts. The event name was established in 2009; however, its theme began with its predecessor, One Night Stand (est. 2005), which was promoted originally as an ECW reunion show. After two years, WWE promoted the show as one of its own regular PPV events and kept the ECW concept of Extreme Rules matches. In 2009, WWE renamed the One Night Stand event to WWE Extreme Rules. The 2009 Extreme Rules event was noted by WWE to be a direct continuation of the One Night Stand chronology. However, the 2010 event was later promoted as only the second event under a new chronology, one that is no longer a direct continuation of the One Night Stand event. In 2010 the event was rescheduled to April, moving from June and replacing Backlash in its slot.

Since its origin under the One Night Stand name, the event has been held only in indoor arenas in the United States. Each event features distinct matches that carry some variation of hardcore rules. Championship bouts are scheduled on every card, with the lower-tier titles featured on the undercard and the top-tier featured on the main card. Under the Brand Extension, WWE assigns its performers to either Raw or SmackDown.

2019 Poster
Add a photo to this gallery 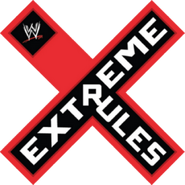 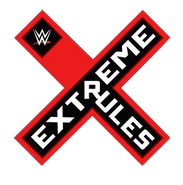 Retrieved from "https://prowrestling.fandom.com/wiki/WWE_Extreme_Rules?oldid=1715138"
Community content is available under CC-BY-SA unless otherwise noted.