Vince McMahon is the majority owner, chairman and chief executive officer (CEO) of the company. Together with his wife Linda McMahon, and their children Shane McMahon and Stephanie McMahon-Levesque (WWE Executive Vice President of Talent and Creative Writing), the McMahons hold about 70% of WWE's economic interest and 96% of the voting power in the company. The company's headquarters is located in Stamford, Connecticut with offices in Los Angeles, New York City, London, Tokyo, Toronto, and Sydney.

The Talent Wellness Program is a comprehensive drug, alcohol, and cardiac screening program initiated in February 2006, shortly after the sudden death of one of their highest profile talents, 38 year-old Eddie Guerrero. The policy tests for recreational drug use and abuse of prescription medication, including anabolic steroids. Under the guidelines of the policy, talent is also tested annually for pre-existing or developing cardiac issues. The drug testing is handled by Aegis Sciences Corporation. The cardiac evaluations are handled by New York Cardiology Associates P.C.

After the double murder and suicide committed by one of its performers, Chris Benoit, with a possible link to steroids abuse encouraged by WWE, the United States House Committee on Oversight and Government Reform requested that WWE turn over any material regarding its talent wellness policy.

In August 2007, the program was defended by WWE and its employees in the wake of several illegal pharmacy busts that linked WWE performers to steroid purchases even after the policy was put into place. Ten professional wrestlers were suspended for violating the Wellness Policy after reports emerged they were all customers of Signature Pharmacy in Orlando, Florida. According to a statement attributed to WWE attorney Jerry McDevitt, an eleventh wrestler was later added to the suspension list.

Because of the Wellness Policy, physicians were able to diagnose one of its performers with a heart ailment that otherwise would have likely gone unnoticed until it was too late. In August 2007, then-reigning United States Champion Montel Vontavious Porter (real name Hassan Assad) was diagnosed with Wolff–Parkinson–White syndrome, which can be potentially fatal if gone undiagnosed. The ailment was discovered while Assad was going through a routine Wellness Policy checkup.

On September 13, 2010, WWE updated their list of banned substances to include muscle relaxers.

2 Acquisition of WCW and ECW.

4 Though the title was retired, the physical belt was still used as a component of the WWE World Heavyweight title until August 18, 2014. 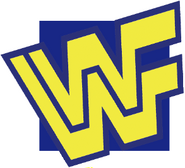 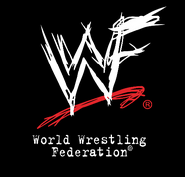 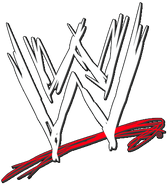