In all of its iterations, WCW Saturday Night would usually air for two hours. During baseball season, however, it would typically air for one hour, to be immediately followed by an Atlanta Braves game.

On Christmas Day of 1971, Georgia Championship Wrestling aired its first show, which was considered a Christmas special, since the rest of the programming didn't air until late January 1972. Beginning in 1972, the promotion switched its television outlet from its longtime home, WQXI-TV (now WXIA) to an upstart UHF station then called WTCG but later renamed WTBS (not yet a superstation, but still owned by Ted Turner; the station in Atlanta is now WPCH-TV after being spun off from the national TBS cable channel).

When WTBS went on satellite in 1976, making the station available to cable systems all across the US, the renamed Georgia Championship Wrestling became the first NWA promotion to be broadcast nationally. Many of the NWA's regional promoters were unhappy, but promoter Jim Barnett claimed since he was only using Georgia-based wrestlers, that there was no harm. Whether or not Barnett was in fact taking the promotion national is a matter of dispute, some wrestlers, such as Roddy Piper, say that he was in fact doing so, but prevented by fears of crossing organized crime figures involved with the sport. Throughout the 1970s, Georgia Championship Wrestling was one of the main shows that kept the Superstation alive.

The Georgia Championship Wrestling TV series, hosted by Gordon Solie, was taped before a small (yet enthusiastic), live in-studio audience, as were most pro wrestling TV shows of that era. The show featured wrestling matches, plus melodramatic monologues and inter-character confrontations—similar to the programming offered by other territories, including the Northeast-based World Wrestling Federation (WWF).

On July 14, 1984 (a.k.a. Black Saturday), Vince McMahon, hoping to expand his national reach for his World Wrestling Federation (renamed World Wrestling Entertainment in 2002) promotion, bought the Georgia promotion for $750,000, retaining the World Championship Wrestling moniker. Freddie Miller, an announcer, was the only member of the original Georgia Championship Wrestling on-air cast who did not quit in protest or just get replaced by the new owner.

McMahon had underestimated two major factors, however. The first was the difference in tastes between fanbases of different geographical regions. The WWF's soap operaish, "Sports Entertainment" style of wrestling sharply differed from that of GCW's more athletic, "Rasslin'" style. Whereas the Georgia promotion featured an emphasis on in-ring action with talented workers, the WWF show featured a bunch of one-sided "squash" matches. WWF World Championship Wrestling was mainly used as a recap show, featuring matches which had previously aired on the WWF's main programming venues such as WWF Championship Wrestling and WWF All-Star Wrestling, along with house show bouts from major venues like Madison Square Garden in New York City, the Boston Garden and the Philadelphia Spectrum. This was despite the fact that McMahon had originally promised WTBS owner Ted Turner to produce original programming for the TBS timeslot in Atlanta, Georgia.

In hopes of appeasing the over 1,000 fans who complained to the Superstation over "Black Saturday," Turner gave Ole Anderson a 7:00 a.m. timeslot so that he could open up Championship Wrestling from Georgia, Inc. The following year, Turner gave Bill Watts' Mid-South Wrestling a one-hour timeslot on Sundays. This upset Vince McMahon, who thought that his purchase of Georgia Championship Wrestling would give him an exclusive on WTBS. Ted Turner disagreed because he felt that McMahon reneged on the aforementioned stipulation in the contract requiring him to produce a separate weekly program from Turner's Atlanta studio. To put things into proper perspective, Turner figured that if McMahon wasn't going to follow through on the deal, then Bill Watts would.

The decline in Nielsen Ratings for the Saturday evening show, and the fans clamoring for GCW, began to make the WWF's move one that lost the federation money. Also around this time, it is rumored that Ted Turner attempted to purchase the WWF, though Vince McMahon refused to sell. This chain of events and McMahon's refusal to sell to Turner were critical in Turner's later decision to purchase Jim Crockett Promotions and form WCW in its wake. Eventually, McMahon cut his losses and sold the ex-GCW timeslot to Jim Crockett Promotions (JCP) for $1 million in March 1985. Jim Crockett Promotions was a Charlotte, North Carolina-based promotion run by Jim Crockett, Jr. JCP ran National Wrestling Alliance-branded shows in the Mid-Atlantic states.

As previously mentioned, World Championship Wrestling would be renamed WCW Saturday Night on April 4, 1992. This reflected an overhauled look and a new home studio-arena at the CNN Center. The show featured a hi-tech, futuristic design with a unique entryway of slide-open doors and billowing smoke as the performers made their way to the ring.

In the summer of 1996, WCW Saturday Night was taped at WCW Pro's Disney-MGM Studios set in Orlando, Florida due to all of Turner's mobile production units being used by other broadcasters for the 1996 Summer Olympics in Atlanta.

Episodes of WCW Saturday Night were usually filmed well in advance, except for three live editions.

WCW Saturday Night aired three live shows in its history. The first one aired July 10, 1994. Sting wrestled Ric Flair as voted on by fans. Hulk Hogan made his first in-studio appearance, and he and Sting were attacked by Sherri Martel in drag.

The second aired from downtown Charlotte, North Carolina, on May 27, 1995. It started raining halfway through the show, causing the ring mat to become slippery at times.

When WCW introduced live programs Monday Nitro and Thunder, Saturday Night became WCW's "C-show" (like WWE's Sunday Night Heat). The majority of airtime would be used to display up-and-comers and recent graduates of the WCW Power Plant (with the occasional squash match) as well recapping the major events of the other shows. The main event would often feature mid-card performers such as the current Cruiserweight Champion, World Television Champion, or U.S. Heavyweight Champion in a non-title match. 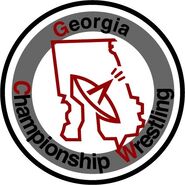