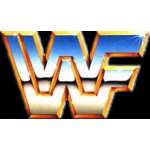 To be honest with you, my enjoyment in creating these pages is to document the locations (venue and city) where a Saturday Night Event episode was held. This is what I specializes myself. I did indeed add the links to the next episodes because it was easier for me to navigate through another episode page as I add the locations. But in reality, I find it quite boring to add either the previous or the next episode in articles. The location is what I find fun to do.

If you want, I can eventually add the links to the previous episodes once I'm finished creating all the pages for the Saturday Night episodes (from 1991-2000). But I personally think it would be preferable that another user handle the task of adding the previous episodes. Cheers. Farine (talk) 23:09, March 30, 2013 (UTC)

How do I know that the television taping is for Saturday Night and not some other WCW show? Simple, 3 reasons.

1) You'll notice that whenever the History of WWE website mention a location as a "Saturday Night taping" for a week, the "Television taping" expression is not used for that particular week.  The reverse is also true. Whenever the website uses "Television taping" for a week, the "Saturday Night taping" suddenly disappear for that week .

2) In addition to never appearing within the same week on the History of WWE website, the  "Saturday Night Taping" and "Television taping" expressions have the exact same features when it come to dates pattern. They are taped every two weeks and during the same day of the week (usually Tuesday or Wednesday)

3) In particular for 1997 and 1998, many events that were listed as "Saturday Night Taping" on the History of WWE website exactly matches dates that were listed as "Television taping" on the event calendar of the former official website of WCW. (The former website of WCW can be viewed through these two links. *http://web.archive.org/web/20010515000000*/http://www.wcw.com  *http://web.archive.org/web/*/http://www.wcwwrestling.com)

Keep in mind that while History of WWE website is great source and probably the primary source for this Wikia, they sometimes make mistakes. In fact, I had to e-mail them in the past because of their mistakes and they did correct them. But I no longer e-mail them when I see mistakes on their website because it took them to long to respond. Whenever I edit here, I give priority first and foremost to the archived WCW website and, if not possible, then to the History of WWE website.

On the same topic, I have a question for you.  I've noticed that you've added the North Charleston Coliseum as the venue for the January 8, 1996 Nitro. I couldn't find any reference that this Nitro was held there in this specific arena. The only info I have is that it was held in Charlestion, SC but without a specific venue. http://www.thehistoryofwwe.com/wcw96.htm  http://www.thehistoryofwwe.com/nitro96.htm.  Note that I'm inclined that we leave it to North Charleston Coliseum because I quite frankly don't seen in what other arena this Nitro could have taken place. (WCW used to have its events on the McAlister Fieldhouse, but I find it hard to imagine that the January 8, 1996  Nitro would have be held in that arena given that WCW essentially replaced its visits on the McAllister Fieldhouse for the North Charleston Coliseum).

The results would be among the matches that happened in Anderson, SC on April 17, 1996. But since History of WWE doesn't specified which match were during the 04/20/96 event and which matches were in subsequent Saturday Night events, it may be difficult to add results on this page. Therefore if you're looking specifically for matches, it's better to delete this page. It all depends on whether you consider a page with the location only to be acceptable or if a page must absolutely have the results to exist on this Wikia.

I personally think that a page with the  location is acceptable even of the matches are unavailable because it still has an informative value (the informative value being the location where the event was held). But if your goal is that all episode pages must have match results, then in that case it's better to delete this page altogether and I'll take note to not create pages in the future where the match results are unavailable. Farine (talk) 16:29, March 31, 2013 (UTC)

Is it okay to list TV programs that don't have articles created  for them on this Wikia? For example on the Ocean Center article, I have listed the  Battle of the Belts III PPV and as well as two WCW/NWA Main Event television shows despite that none of them have articles on this Wikia.

Noticed File:LegacyOrtonWrestleMania.jpg got zapped, I think it was a shot of their fight at WrestleMania_XXVI, at the time I think I didn't know the number, was the file named wrong? +Yc 03:34, April 4, 2013 (UTC)

Based on the recent Smackdown name for this duo (and corresponding news article I linked in the article) I think we should maybe move Team What the Funk to Tons of Funk.

Also the same articles makes it clear that "The" (uppercase T in middle of sentence) is part of Funkadactyls' title so am hoping it could be moved to The Funkadactyls over the redirect. +Yc 02:21, April 6, 2013 (UTC)

While normally our articles focus on pure in-ring wrestling events and not the fictional backstories of the characters the wrestlers portray, I am wondering if we could make an exception to this for situations like this where there is an extensive backstory build up over time (decades?) which isn't entirely clear.

Like in this case, I forget if its was Kane and Taker's mom's ashes or whatever, but the history of this family is so complicated it really seems worth building up in an article somewhere. Especially with references to Katie Vick and the like.

Will we be able to keep the WrestleMania 29 Clay, Tensai & Funkadactyls v Rhodes Scholars & Bella Twins page up? I notice on Wikipedia they're simply removing mention of the match ever having been promoted for WrestleMania, but I am hoping we can keep a record of this. They seem to be wiping out mention that the match was ever promoted as part of the card, I hope we can archive it. +Yc 03:30, April 8, 2013 (UTC)

Sorry I didn't know Barett won the title back. I missed Raw because It's really hard to get tickets and It takes FOREVER to get it on cableChisanga Kapumpa (talk) 16:05, April 11, 2013 (UTC)

Article to be renamed

Despite my current edit count, I have been active lately, and will continue to do so quite diligently. I am the B-crat of the Kane Chronicles Wiki on my other account (Mr. Merchant), as well and a Rollbacker on the Walking Dead Wiki and a former CM on the Resident Evil Wiki (Not active there as if kate due to extensive effort of the KC); Could you consider upon giving me Roll Back rights? If not now, allow me to prove to you my activeness in the future. Kofi Kingston (talk)

Article to be renamed again

RE:Article to be renamed again

The dates they aired on TBS because that's how it was done with Thunder and the existing Saturday Night pages. Farine (talk) 15:04, April 19, 2013 (UTC)

Given that WCW often taped two or three (and sometimes even more) televised shows during a single date setting, it would be pointless to name articles based on the dates the events were held. As you said it yourself, pratically none of these episodes were held on Saturdays. So naming pages according to the dates the events were held would remove the purpose of these pages being called "WCW Saturday Night results". Farine (talk) 20:54, April 19, 2013 (UTC)

I know they've only had one match together, but if this trend (hopefully) continues, it would be awesome to make a page for this tag team's formation. The summary and the captioned photos didn't give me any hints for a name, so I was wondering until we do get some notable catchy phrase to call them, so had some ideas:

Also noticed predictions from Jan wizard and Feb wizard we might reference for it being predicted and asked for by fans.

The problem is always who to mention first though =/ Both are veterans and former WHCs so unlike stuff like Kane/D-Bri it's not clear who has seniority I guess. The first two names are phrases directly taken from WWE.com though, even if they are expressions they could be selectively interpreted to be referring to the team as well. Anywho, maybe tomorrow's Raw will provide more insight, will comb any subsequent articles. +Yc 16:38, April 21, 2013 (UTC)

The matches are on the sources at the bottom of the respective pages (on the "External links" section). Given the concern that you had last month, I've make sure this time to create pages only if the matches results are available for them. In other words, if matches aren't available for an episode, I skipped over that episode and didn't created the page.

So you're probably wondering why I didn't add the matches myself. Simple. Because, adding matches on pages isn't exactly my strongest strength and I think it would be preferable that someone more competent than me in that field handle this task. I'm sure that they are other users who love to enter match results but don't like creating episode page templates. So by creating the pages templates for them, I may encourage users of entering more match results on this website that otherwise would have never been entered. What can I say, different strokes for different folks. Some people are better at creating pages templates, others are better at entering match results.

I also plan to create the episode templates for other WCW shows (Main Event, Worldwide, Pro, Power Hour, etc). When I'm done doing all this, I most likely will leave this Wikia (hopefully before June). Don't get me wrong, I love your site. But it is very time consuming and I just can't picture myself staying here in the long run. (It was never my intention to come here long term when I joined).

At the end of the day, I can add myself the match results if that's what you really want. But I think it would be unfortunate to take this direction when they are other people who might be more qualified than me to do this job. Farine (talk) 16:54, April 21, 2013 (UTC)

4 Thunder pages from April 1999 to be renamed

Please note that the following pages were created with the wrong dates.

They should all have a date higher. This information can be confirmed in the two following sources (the first one being WCW's official website).

Retrieved from "https://prowrestling.fandom.com/wiki/User_talk:Dean27?oldid=278675"
Community content is available under CC-BY-SA unless otherwise noted.