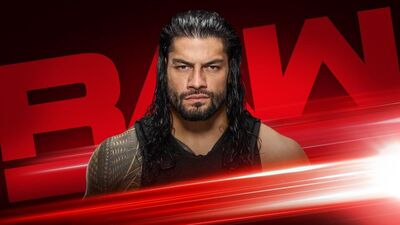 Will The Big Dog’s victory finally put him in a position to battle The Beast for the Universal Championship? Or will other Superstars such as Intercontinental Champion Seth Rollins, Braun Strowman or Bobby Lashley get a title opportunity after impressive performances at WWE Backlash?

Who will qualify for Money in the Bank?

Speaking of the future, with WWE Backlash in the books, the focus shifts to the WWE Money in the Bank pay-per-view on June 17, an event where select male and female Superstars will have an opportunity to capture a world title contract to be cashed in any time they wish in the coming year.

The Miz has already announced he will be in a Qualifying Match Tuesday night on Smackdown LIVE. Will tonight’s Raw see the first Superstars qualify for the Men’s and Women’s Money in the Bank Ladder Matches?

Will The “Yep!” Movement fold or focus?

Last night, during Kevin Owens and Sami Zayn’s tag team showdown against the pulverizing tandem of Braun Strowman & Bobby Lashley, the toxic side of their relationship took over, and they turned on each other in an attempt to save their own skin.

Considering the storied history of the two Superstars as both friends and foes, will The “Yep!” Movement completely crumble? Or will they regroup and turn their frustrations on Raw General Manager Kurt Angle and the entire red brand?

How will Bayley and Sasha Banks survive The Riott Squad on their own?

[File:WWE Raw preview, May 7, 2018.4.jpg|200px|right]] Last week on Raw, Sasha Banks fell victim to the numbers game, as she was defeated by Ruby Riott thanks to the meddling Riott Squad, as Bayley watched the match from backstage. Then at WWE Backlash, Sasha refused to have Bayley’s back against Riott, leading to the same result.

It seems that Sasha and Bayley will have to put their differences aside if they hope to survive their dangerous opposition.

Can The Boss finally hug it out with Bayley? Or will The Riott Squad continue to run wild throughout Monday Night Raw?

Retrieved from "https://prowrestling.fandom.com/wiki/User_blog:Dean27/WWE_Raw_preview,_May_7,_2018:_Has_Reigns_earned_the_right_to_once_again_challenge_The_Beast%3F?oldid=1392948"
Community content is available under CC-BY-SA unless otherwise noted.