September 21, 2016
The September 14, 2016 Edition of NXT is a Professional wrestling television show of the WWE, which took place at the Full Sail University in Winter Park, Florida on August 25, 2016.

Former NXT Champion Samoa Joe kicked off the show in a reflective mood, saying that he was a “disgrace” during his title run, admitting he destroyed friendships. However, Joe made it clear that he makes no apologies for his past actions as he was the champion of the hottest brand in the world.

Joe proceeded to call out current NXT Champion Shinsuke Nakamura so he could talk to the titleholder face-to-face. Joe informed The King of Strong Style that when he is cleared to return to the ring he wants his rematch, which the champion accepted.

Unfortunately, Joe's change in attitude appeared to be nothing more than a ruse. After shaking Nakamura's hand and leaving the ring, a fiery Joe returned to blindside Nakamura on the stage, ultimately slamming him on top of the steel steps outside the ring. As a result, the NXT Champion needed to be carted out on a stretcher and taken to a local medical facility.

Liv Morgan's momentum continued to surge as the athletic Superstar defeated Rachael Fazio by submission. The New Jersey native didn't stop there, though, as she took the microphone following the contest and challenged NXT Women's Champion Asuka.

Is Morgan in over her head by calling out the titleholder, or is she about to make a name for herself in a wide open NXT Women's division?

Cruiserweight Classic competitor Drew Gulak displayed his trademark toughness by testing Hideo Itami with his brand of in-ring brutality. Unfortunately for the Philadelphia native, Itami answered with his own hard-hitting attack, highlighted by a GTS for the victory.

Authors of Pain continued to destroy everyone in their path with their latest monstrous display. Akam & Rezar held nothing back as they overpowered Chris Payne & Doug Sessa en route to victory. Can anyone defeated this dominant duo?

Bobby Roode's arrogant attitude may not be for everyone, but there is no denying that he is one of the best in-ring competitors in the world. Roode was met in the main event by a determined No Way Jose, who was looking for retribution after being rudely interrupted by the cocky competitor two weeks ago.

The fun-loving Jose put on his game face for this matchup as he brought the fight to Roode, but in the end, it was the glorious Superstar who was victorious after delivering a forceful DDT for the pinfall. 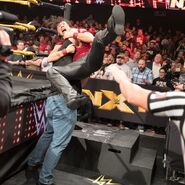 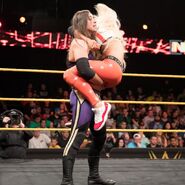 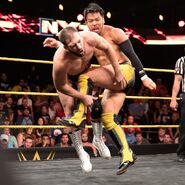 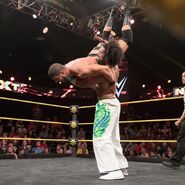 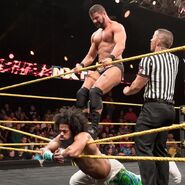 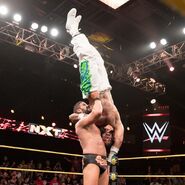