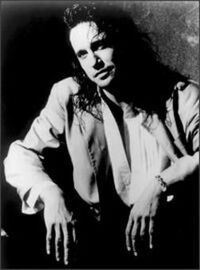 Born in Bayonne, New Jersey, Tepper moved to New York where he became a staff writer. He paired up with fellow singer Benny Mardones, and together they wrote Mardones' hit ballad "Into the Night," which earned them a Grammy Awards nomination. Tepper worked with Mardones on writing the latter's follow-up album Too Much to Lose in 1981.

Retrieved from "https://prowrestling.fandom.com/wiki/Robert_Tepper?oldid=836006"
Community content is available under CC-BY-SA unless otherwise noted.