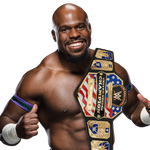 Sesugh Uhaa (August 22, 1987) is an American professional wrestler better known by his ring name Apollo Crews. He is currently signed to World Wrestling Entertainment (WWE) where he performs on its Raw brand.
Read more... 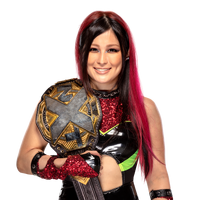 Masami Odate (8 May 1990) is a female Japanese professional wrestler better known by her ring name Io Shirai. She is currently signed to World Wrestling Entertainment (WWE) where she is assigned on its development territory NXT.
Read more...

Retrieved from "https://prowrestling.fandom.com/wiki/Pro_Wrestling_Wiki?oldid=1711793"
Community content is available under CC-BY-SA unless otherwise noted.