October 12, 2016
The October 5, 2016 Edition of NXT is a Professional wrestling television show of the WWE, which took place at the Full Sail University in Winter Park, Florida on September 15, 2016.

The 2016 Dusty Rhodes Tag Team Classic kicked off with a bang, as The Authors of Pain destroyed The Bollywood Boyz in the first match of the tournament. Gurv & Harv Sihra were in great spirits as they danced to the ring, but the fun was soon brought to a screeching halt with the arrival of WWE Hall of Famer Paul Ellering's intimidating monsters.

Akam & Rezar made quick work of their opponents, putting them out of their misery with the Last Chapter after a few short minutes of brutality. Will anyone be able stop these giants of destruction from taking the Dusty Classic by force?

Raw Superstar Rich Swann is arguably one of WWE's most flamboyant in-ring competitors. Yet, that distinction may be in jeopardy after witnessing the introduction of Patrick Clark's unusual new persona.

Clark – who competed in the most recent season of WWE Tough Enough – used his size and strength advantage to take down the high-flying Swann in the early goings of the bout, but he could not keep up with the fun-loving Baltimore native, who defeated Clark thanks to a spectacular acrobatic maneuver.

With her new ally Billie Kay cheering her on at ringside, Peyton Royce unleashed a vicious offensive attack against newcomer Danielle Kamela. The Australian Superstar controlled much of the contest thanks to her gritty offense, defeateding her opponent with a Northern Lights suplex.

Samoa Joe continued to make good on his promise of inflicting beatdowns on the rest of the NXT roster, this time destroying the towering Dan Matha. The former NFL offensive lineman was supposed to be making his NXT debut, but instead, Joe made a beeline to the ring before punishing the newcomer with an unforgiving assault.

The former NXT Champion then grabbed a microphone, proclaiming that the future of NXT will continue to suffer until General Manager William Regal either delivers him Shinsuke Nakamura or the NXT Championship. While leaving the ring, Joe declared that Regal has one week or else he will “escalate things.”

It doesn't matter if you like them or the way they do things, NXT Tag Team Champions The Revival continue to win. Being the current titleholders isn't enough for these self-proclaimed “top guys,” who now have their sights set on winning the 2016 Dusty Rhodes Tag Team Classic and reaffirming their status as the greatest tag team on the planet.

Their first-round matchup against the high-flying pairing of Cedric Alexander & Andrade “Cien” Almas was no cakewalk, though, as the acrobatic duo kept Scott Dawson & Dash Wilder on their toes. However, in the end, a perfectly executed Shatter Machine to Alexander led to a pinfall victory for the champions.

With Dawson & Wilder moving on to the Second Round, Almas clearly was not pleased. The highly acclaimed luchador has hit a rough patch in NXT in recent weeks, and perhaps his frustration finally boiled over. The fiery competitor blindsided his tag team partner, launching Alexander face-first on top of the steel ring steps as a chorus of boos rang out from the NXT Universe. 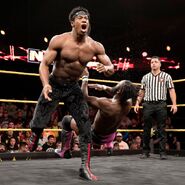 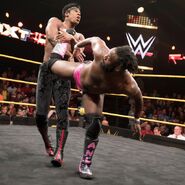 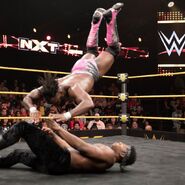 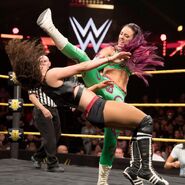 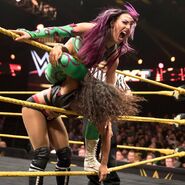 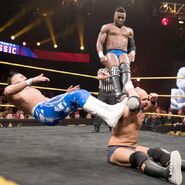