December 3, 2010
The November 26, 2010 Edition of Smackdown is a Professional wrestling television show of the WWE's Smackdown brand, which took take place on November 23, 2010 at the Jacksonville Veterans Memorial Arena in Jacksonville, Florida

While Kane still holds possession of the World Heavyweight Championship after Survivor Series, he is still distraught that Paul Bearer is still captive by Edge. The Big Red Monster promises to not have Edge arrested if he returns his father. While Kane explains he loves spending the holidays with his family, Edge also comes out using an empty wheelchair to further irk Kane. Feeling downwind, Kane adds the word "please", but Edge still walks away denying Kane his father.

Kofi Kingston then faces off with Jack Swagger in a match to determine who will join the 2010 King of the Ring tournament. 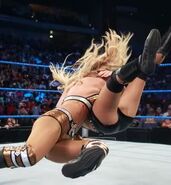 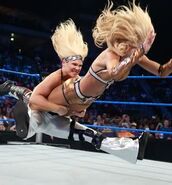 Retrieved from "https://prowrestling.fandom.com/wiki/November_26,_2010_Smackdown_results?oldid=1558351"
Community content is available under CC-BY-SA unless otherwise noted.