NXT TakeOver is the name given to the periodic specials produced by WWE featuring the NXT division, which are streamed live on the WWE Network. NXT TakeOver events are usually scheduled to air for two hours, although some have run for two and a half hours. They are held several times a year.

The first NXT live special was uniquely entitled NXT Arrival, to coincide with the launch of the WWE Network. However, after the next live special NXT TakeOver, the "TakeOver" name has been used for subsequent NXT live specials from then on. They were initially all held at Full Sail University but from NXT TakeOver: Brooklyn forward the shows have been held at various locations both nationally and internationally. The NXT Takeover Special events are treated similarly to pay-per-view shows for the main roster, with some events like NXT TakeOver: Dallas and WrestleMania 32 taking place on the same weekend and location or like NXT TakeOver: Brooklyn I and SummerSlam (2015) at the same arena.

NXT TakeOver was moved back to Full Sail University when NXT TakeOver: In Your House rolled around following protocol from the Covid-19 pandemic. Later events like NXT TakeOver 31 would move to the WWE Performance Center, now renamed the Capitol Wrestling Center. 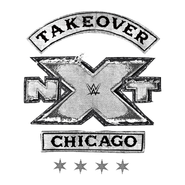 Retrieved from "https://prowrestling.fandom.com/wiki/NXT_Takeover_(Event)?oldid=1806329"
Community content is available under CC-BY-SA unless otherwise noted.