Drew McIntyre continues to blaze a trail of fallen opponents and rattled jaws as he defeated Sean Maluta in a hard-hitting clash.

Maluta, who competed in WWE Network's Cruiserweight Classic tournament, used his unique offense to keep McIntyre at bay, but not for long. After withstanding Maluta's initial onslaught — which resulted in a nasty cut beneath his right eye — McIntyre retaliated with his own brand of pain.

The Scottish Superstar prevailed after hitting his running single-leg dropkick to the face of Maluta. Following the contest, McIntyre responded to Wesley Blake's comments last week, issuing a challenge to the former NXT Tag Team Champion.

After being blindsided by SAnitY following his grueling NXT Title No. 1 Contender's Match against Hideo Itami, Roderick Strong made it clear he wanted to get his hands on the unhinged faction.

Eric Young happily granted Strong his wish this week, telling the new father that he will see him this Saturday at TakeOver: Chicago.

NXT Women's Champion Asuka was not in the mood to field questions as she was driven to Full Sail University. The Empress of Tomorrow appeared frustrated with her interviewer, as she simply answered every query thrown her way with “next question.”

Here's a question: Can Asuka keep her record-breaking title reign alive past this Saturday when she defends her coveted championship against Nikki Cross and Ruby Riot in a Triple Threat Match?

Sonya Deville and Lacey Evans fought like they had something to prove, and both left the NXT Universe with a lasting impression. Though they are relative newcomers, Deville and Evans put the rest of the NXT Women's division on notice after they took turns unloading on one another with vicious strikes.

In the end, it was Deville who would claim victory, thanks to an impressive kick to the side of Evans’ head.

For Almas, this loss will surely bring more questions about his partying ways and whether they have been the cause of his recent setbacks in the ring. However, Almas’ innovative arsenal and resiliency were on full display in this epic bout, reminding everyone of the decorated luchador's enormous potential.

With their huge NXT Championship showdown just days away, Bobby Roode and Hideo Itami met inside the ring in an explosive encounter.

The Glorious One did what he does best and struck down his NXT TakeOver: Chicago challenger verbally before the Japanese Superstar had enough and came out to confront the titleholder. General Manager William Regal couldn't calm down Itami, who not only put NXT security to sleep, but left Roode himself laid out via the GTS. Could this be a preview of what's to come this Saturday? 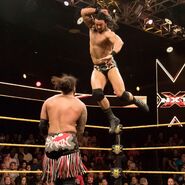 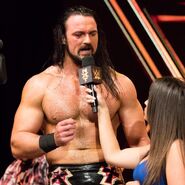 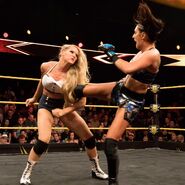 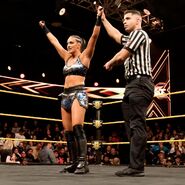 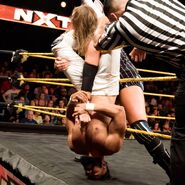