The March 4, 2011 Edition of Smackdown is a Professional wrestling television show of the WWE's Smackdown brand, which took place on March 1, 2011 at the Quicken Loans Arena in Cleveland, Ohio.

When Edge came before the WWE Universe to rejoice in the firing of his ex-wife Vickie Guerrero one week ago, Drew McIntyre decided to crash the party and attack The Rated-R Superstar. SmackDown General Manager Theodore Long emerged to inform The Sinister Scotsman that he must immediately face The Ultimate Opportunist in a match or be fired.

After blasting McIntyre with the Spear, Edge picked his opponent's shoulders off the canvas, unleashing a devastating new submission maneuver to make the “Chosen One” tap-out.

One week after Cody Rhodes and his Hall of Famer father Dusty Rhodes executed a sinister plot of revenge that took down Rey Mysterio, the second-generation Superstar challenged The Ultimate Underdog to a match at WrestleMania, promising to remove Rey's mask on The Grandest Stage of Them All.

Former WWE Tag Team Champions Santino Marella & Vladimir Kozlov evoked their rematch clause to challenge the current champions Justin Gabriel & Heath Slater. Thanks to a Corre distraction, “The One Man Rock Band” Slater attacked Santino from behind and cemented the huge victory over their charismatic opponents.

The ominous Undertaker returned to SmackDown in order to respond to the comments made by his WrestleMania opponent Triple H four days ago on Monday Night Raw. Though The Phenom gave tremendous credit to the greatness of The King of Kings, he proclaimed, in no uncertain terms, that The Game will not end his monumental WrestleMania streak that stands at 18-0.

While the referee's attention was turned toward Rosa Mendes, Michelle McCool – the non-legal Diva at that point in the match – delivered a devastating kick to Beth Phoenix. This paved the way for her partner-in-flawless Layla to get the pin.

In the middle of Kane’s epic match with Big Show, The Corre opted to make its way to ringside. Wade Barrett introduced a steel chair into the squared-circle, which The Devil’s Favorite Demon didn’t hesitate to use on his giant foe. But, after the bell – as The Corre attacked The World’s Largest Athlete – Justin Gabriel accidently backed into The Big Red Monster, prompting Kane to level him with the chair as well.

Before Jack Swagger’s match with JTG began, Michael Cole – the man The All-American American will train to face Jerry Lawler at WrestleMania – made a huge announcement. On Monday Night Raw, he will unveil his Special Guest Referee for his match with “The King” on the Grandest Stage of Them All. Swagger then went on to soundly defeat JTG with his dreaded ankle lock.

Once both Edge and Alberto Del Rio’s signatures were affixed to their main event WrestleMania World Heavyweight Championship contract, mayhem quickly took over. Though Edge gained the initial advantage over his aristocratic adversary, interference by Ricardo Rodriguez allowed Del Rio to lock in the excruciating cross armbreaker on the 11-time World Champion. When he attempted to injure Edge further, however, Christian emerged to save his former tag team partner. 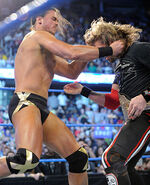 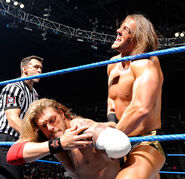 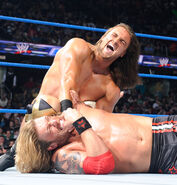 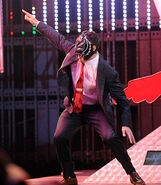 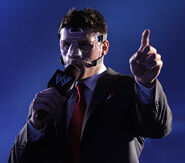 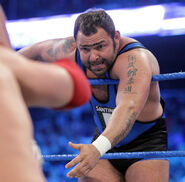 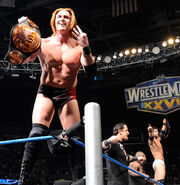 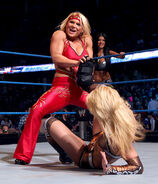 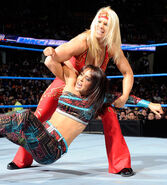 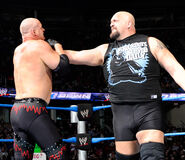 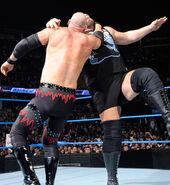 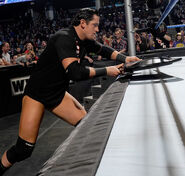 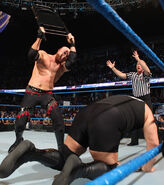 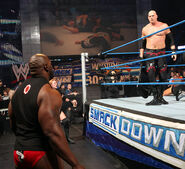 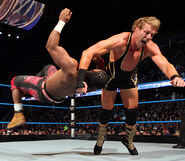 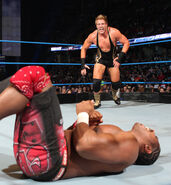 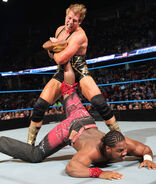 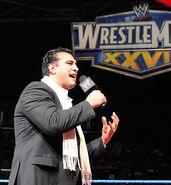 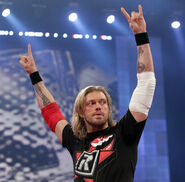 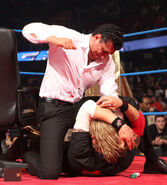 Retrieved from "https://prowrestling.fandom.com/wiki/March_4,_2011_Smackdown_results?oldid=1560190"
Community content is available under CC-BY-SA unless otherwise noted.