March 9, 2016
The March 2, 2016 Edition of NXT is a Professional wrestling television show of the WWE, which took place at the Full Sail University in Winter Park, Florida on January 22, 2016.

NXT's run at the University of Central Florida's CFE Arena came to a close this week with an absolutely massive show. NXT General Manager William Regal made a major announcement —the signing of Austin Aries! Plus, two of the longest-reigning NXT Champions in history clashed in the main event, as current titleholder Finn Bálor locked up with The Man That Gravity Forgot, Neville!

NXT kicked off with Aiden English & Simon Gotch taking out their frustrations on the duo of Hugo Knox & Tucker Knight. The former NXT Tag Team Champions picked their opposition apart in ruthless fashion, punching, kicking and clawing their way to victory after hitting the 320-pound Knight with the Whirling Dervish.

Santana Garrett proved several weeks ago that she could hang with a hard-hitting competitor in Asuka, but she had to deal with a different type of viciousness when she took on Emma. The Australian grappler was callous in her attack, yanking Santana's hair before pummeling her with nasty strikes. With the NXT Universe willing her on, Santana mounted a comeback, but Emma and Dana Brooke's willingness to bend the rules was too much to overcome in the end. Emma picked up the win by submission with the Emma Lock as she looks to reestablish herself in the NXT women's division.

NXT General Manager William Regal was absolutely beaming as he stood in the ring to introduce his latest signing to the NXT Universe. The crowd at the CFE Arena exploded when Austin Aries made his highly anticipated arrival to NXT!

However, the free agent's WWE Network debut turned sour quickly. As “The Greatest Man That Ever Lived” took in the adulation of the NXT Universe, Baron Corbin attacked him from behind. The Lone Wolf recklessly tossed him into the LED boards on the ring apron and ripped his jacket and shirt off before planting Aries into the arena floor with the End of Days. A defiant Corbin picked up Aries’ torn shirt and threw it in Regal's face. “An eye for an eye,” Corbin shouted as a reminder to Regal that The Lone Wolf wouldn't forget being left out of the NXT Championship picture.

Elias Samson drifted back into the squared circle this week, seemingly calm until the bell rang for his match against former U.S. Marine Steve Cutler. That's when Samson unleashed his aggression on Cutler, going after the veteran and staying on him. Cutler never got a chance to get going in the match, even as The Drifter began to play a tune in his head mid-match. Samson once again silenced his competition, winning the bout with a devastating neckbreaker.

As Finn Bálor's reign as NXT Champion approaches the record for longest ever, the demonic titleholder got the chance to prove himself against the Superstar who set the record in the first place, Neville. The two Superstars have met before and know each other very well, as evidenced in the opening moments of the match, with neither man able to gain an advantage. The Man That Gravity Forgot finally got the upper hand after clocking the NXT Champion in the corner.

Neville dominated the NXT Champion until Bálor caught him charging into the corner and tossed him over the top rope and crashing to the arena floor. The Slammy Award-winning Neville regrouped and turned the bout back into one that favored him, soaring onto Bálor with a picture-perfect moonsault at ringside.

Bálor battled back, turning the tides with a well-placed Pele kick that staggered his highflying opponent. The NXT Champion began mounting a comeback, sending Neville retreating to ringside before showing that he could take flight, too, launching into a daring dive over the ropes onto his opponent. Bálor turned Neville inside out with a clothesline before stomping him into the canvas with the Coup de Grace and earning the victory by spiking Neville on his head with a huge DDT. The two battle-worn competitors shook hands as the NXT Universe showered them with applause.

With this huge victory under his belt, Bálor can now turn his attention toward next week's No. 1 Contender's Match, a 2-out-of-3 Falls battle between Sami Zayn and Samoa Joe. Who will be the next to challenge the NXT Champion? 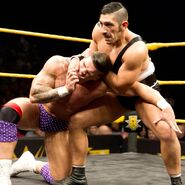 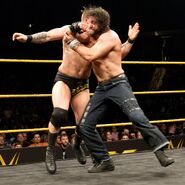 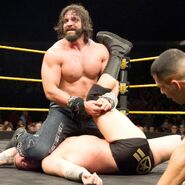 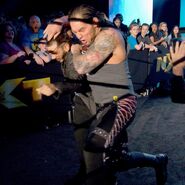 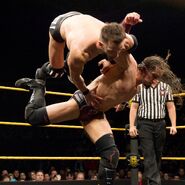 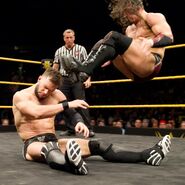 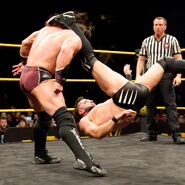 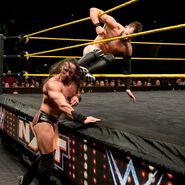 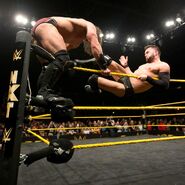 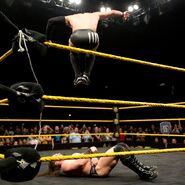 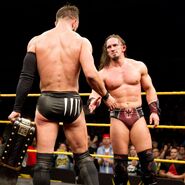