The Venue at UCF

Last week, NXT Tag Team Champions The Authors of Pain made a statement at the expense of The Ealy Brothers by laying them out with a devastating attack before their scheduled match against The Revival.

Gabriel & Uriel were none too pleased and on the hunt for retribution this week. The twin Superstars came out of the gate strong, showing off their strength and athleticism, but it didn't take long for Akam & Rezar to gain control.

The titleholders put on a dominating performance against their opponents, finishing them off with relative ease after delivering the Super Collider, followed by the Last Chapter for an emphatic victory.

NXT newcomer Macey Estrella was given a chance to showcase her skills inside the ring, but unfortunately, she had to do it against Nikki Cross. Estrella didn't even have a chance to breathe after the bell rang, as the crazed Cross delivered a barrage of forearms to the blond beauty.

Estrella showed some serious moxie by coming back at Cross with her own vicious strike, but alas the move only seemed to anger the Scottish Superstar more.

The unhinged Cross proceeded to hit six swinging neckbreakers before finally pinning Estrella for the win. SAnitY would have no time to celebrate, though, as Tye Dillinger and No Way Jose rushed the ring to pay back their adversaries for last week's attack on Roderick Strong. However, The Perfect 10 and his fiesta-loving cohort couldn't overcome the numbers disadvantage as SAnitY left them laid out in the middle of the ring.

Kassius Ohno returned to NXT and immediately took aim at NXT Champion Bobby Roode. The highly acclaimed Ohno made it clear that he has unfinished business in NXT and the glorious Roode has what he wants, the NXT Title.

In his first match back inside NXT's squared circle, Ohno didn't disappoint, putting on a showcase while coming within a split second of becoming NXT's new champion on numerous occasions. Unfortunately for Ohno, the NXT Championship must wait, after the titleholder nailed him with a Glorious DDT for the victory.

With Roode having successfully defended his title against Ohno, he now has another massive challenge ahead of him as he will defend the NXT Championship in a rematch against Shinsuke Nakamura at TakeOver: Orlando. 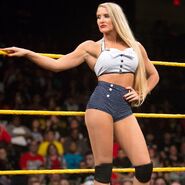 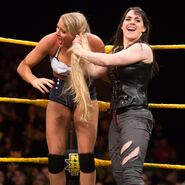 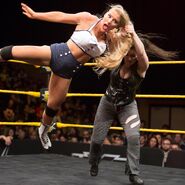 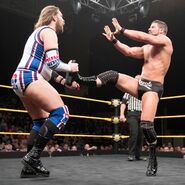 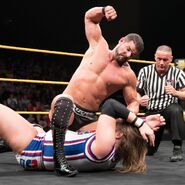 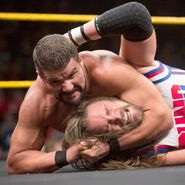 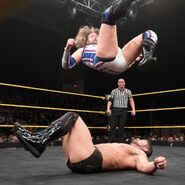 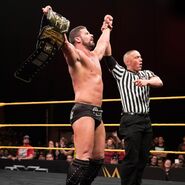