The March 10, 2011 Edition of Superstars is a Professional wrestling television show of the WWE, it was taped at the American Airlines Center on March 7, 2011 and at the Toyota Center in Houston, Texas on March 8, 2011.

The 100th episode of “WWE Superstars” started off with a bang as rivals Chris Masters and Tyler Reks clashed for the third time in recent weeks. Although Reks has been a dominant force in WWE, he fell to The Masterpiece in their last two bouts. Tonight was no different as the powerful Masters managed to apply the devastating Master Lock to Reks for another big submission victory.

Vladimir Kozlov may have had Santino Marella and Tamina watching his back tonight, but it still wasn't enough to stop the underhanded tactics of the sleazy Zack Ryder. After getting torn to shreds by the aggressive Moscow Mauler, The Long Island Iced-Z was almost out for the count before his buddy, Primo, interfered. With Kozlov distracted, Ryder was able to capitalize with the Rough Ryder for a sneaky win — but a win nonetheless.

Tonight was a bad night to be Tyson Kidd. The former WWE Tag Team Champion joined forces with the rogues gallery of William Regal & Melina to battle the imposing trio of Mark Henry, The Great Khali & Natalya. But the cocky upstart quickly lost the bout for his team when he fell victim to Khali's destructive Punjabi Plunge. Kidd's rough night didn't end there though. The Canadian Superstar was then splashed by Henry, given the Sharpshooter by Natalya, put in William Regal's Regal Stretch and slapped by Melina. Clearly, Kidd needs a new attitude. 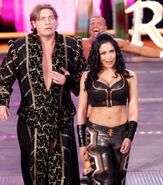 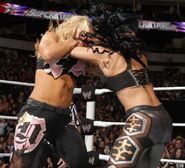 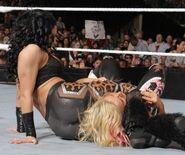 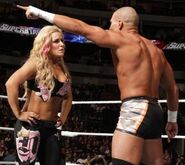 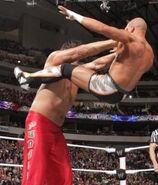 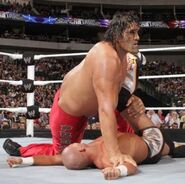 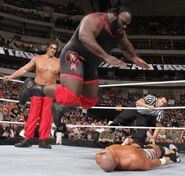 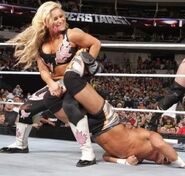 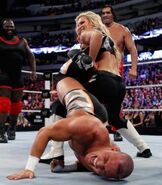 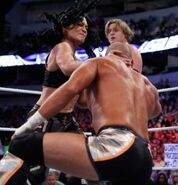 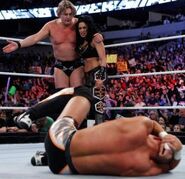 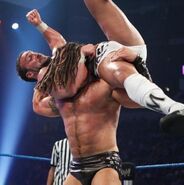 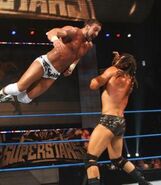 Retrieved from "https://prowrestling.fandom.com/wiki/March_10,_2011_Superstars_results?oldid=1559895"
Community content is available under CC-BY-SA unless otherwise noted.