The outlook looked good at first, when the thick-boned Sullivan overpowered Tucker Knight in the early going. Once Andrews requested to be tagged in, however, Heavy Machinery's smothering offense took over, and it wasn't long before the overwhelmed competitor fell to Knight & Otis Dozovic's double-team specialty, the Compactor. Just like the last time a teammate failed him, Sullivan snapped on his partner, clobbering Andrews before snatching him into a Canadian backbreaker.

After weeks of anticipation surrounding his return, NXT Champion Bobby Roode finally re-emerged to deliver a message to the red-hot Roderick Strong: Stay in your lane.

The Glorious One arrived just as Strong, who's riding a career high, was thanking the NXT fans and declaring his intention of going after the NXT Title. Wiping away crocodile tears, Roode mocked the feel-good story of Strong's recent personal milestones, and he downplayed The Messiah of the Backbreaker's in-ring triumphs. Seemingly dismissing Strong's threat wholesale, the NXT Champion advised Strong learn his place, categorizing the would-be No. 1 contender as “not man enough to win the Bobby Roode lottery.”

With the now-medically cleared Ember Moon knocking on the door of the Iconic Duo, Peyton Royce was all business in her outing against Sarah Logan. It's a good thing, too, because NXT's country-tough newcomer proved to be a rough test for Royce. “Born in the woods and raised in the mud,” as she puts it, Logan showed she could fight down and dirty, headbutting Royce and driving a knee into her face. Royce matched Logan's onslaught, however, and eventually trapped her in a fisherman suplex for the pin.

Unable to hide his frustration over losing to NXT Champion Bobby Roode at TakeOver: Chicago, Hideo Itami revealed a decidedly dark side in his match with Oney Lorcan. The brutal exchanges between the two hard-hitters, which included Itami slapping Lorcan across the face and Lorcan uppercutting Itami out of the ring, were expected.

What wasn't anticipated, however, was the way the usually noble Itami gained the upper hand (by playing possum), or the way he excessively beat on Lorcan once he had him down. Itami lit up Lorcan three times with the Go-To-Sleep, but never attempted to pin him. He threatened a fourth GTS, but Kassius Ohno ran into the ring and stopped him, telling Itami, “This isn’t you.”

A shoving match ensued, with Ohno reluctantly pushing Itami to the mat. Staring down Ohno the whole time, Itami exited the ring slowly, leaving NXT fans to wonder if Itami and Ohno's alliance has reached a breaking point.

No Way Jose had retribution in mind as he faced Killian Dain in this long-brewing grudge match. Competing on WWE Network for the first time since SAnitY ambushed him two months ago, Jose showed no ring rust and even less fear as he stood toe-to-toe with the 300-pound bruiser.

In the end, it didn't matter: The Beast of Belfast had already been unleashed.

So confident was SAnitY in Dain's method of destruction that Eric Young & Alexander Wolfe left ringside before the match began, allowing Dain to fight solo — a rare move any time a member of SAnitY is in action.

No Way Jose didn't go without a fight, of course. The popular Superstar withstood much of Dain's powerful offense and fired back in kind, dropping the monster with a huge TKO. As Jose wound up for his big right hand, however, Dain cracked him with a headbutt and then a sternum-shattering dropkick before polishing him off with the Ulster Plantation. With the statement-making triumph, Killian Dain reminded all of NXT that SAnitY is as dangerous as ever. 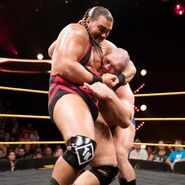 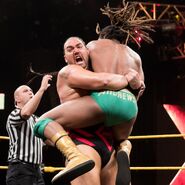 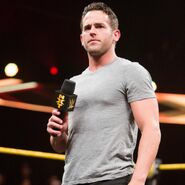 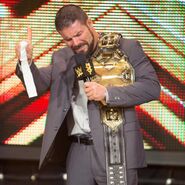 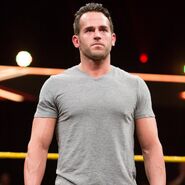 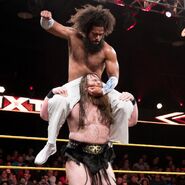