The June 10, 2011 Edition of Smackdown is a Professional wrestling television show of the WWE's Smackdown brand, which took place on June 7, 2011 at the Roanoke Civic Center in Roanoke, Virginia.

In a shocking start to the night, Christian said he's out to win the World Heavyweight Championship for no one but himself. He went as far as calling the WWE Universe completely and utterly clueless.

With tensions continuing to grow within The Corre, Intercontinental Champion Wade Barrett walked away from his partners before the match was over. Big Ezekiel Jackson capitalized on the distraction and made former ally Justin Gabriel submit with a backbreaker. Afterward, Gabriel & Slater had some choice words for Barrett, who will defend his title against Jackson at Capitol Punishment.

For the second week in a row, Jinder Mahal was victorious on SmackDown. After dispatching of Trent Barreta with a full nelson, suplex slam, The Great Khali added insult to injury with a painful session in The Khali Vise Grip.

Despite Tamina’s size advantage over AJ, the diminutive Diva managed to outwit her larger opponent and roll her up for the pinfall. The win was sweet retribution for the taunting AJ received from Tamina and Rosa Mendes before the match.

After Christian revealed he is finished doing things for the WWE Universe, Teddy Long – and anyone else for that matter – Christian reneged on Randy Orton’s invitation to come to the ring and face him for attacking him last week. Instead, Captain Charisma challenged Orton to a match at Capitol Punishment.

When Cody Rhodes interfered in the singles match, it ended in a disqualification. As Rhodes and DiBiase delivered a beating to Sin Cara, Daniel Bryan came to the rescue. Reacting quickly, SmackDown General Manager Theodore Long ordered the four to square off in a tag team match.

The night ended just like it began with Christian making it known that it’s all about him. As World Heavyweight Champion Randy Orton battled Sheamus in a brutal No Disqualification Match, Captain Charisma interfered. Although Orton thwarted the Killswitch and forced Christian from the ring, Captain Charisma refused to go away. Then, just like last week, Christian smashed Orton in the head with his World Title. Seizing the moment, The Celtic Warrior covered the fallen champion for the pinfall. 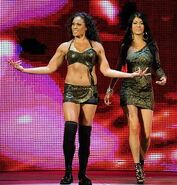 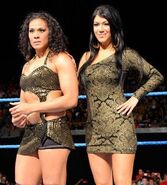 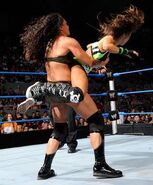 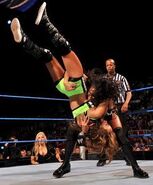 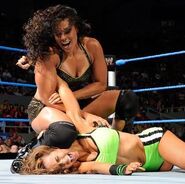 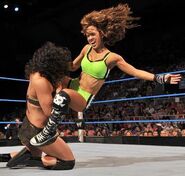 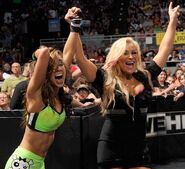 Retrieved from "https://prowrestling.fandom.com/wiki/June_10,_2011_Smackdown_results?oldid=1558781"
Community content is available under CC-BY-SA unless otherwise noted.