August 3, 2016
The July 27, 2016 Edition of NXT is a Professional wrestling television show of the WWE, which took place at the Full Sail University in Winter Park, Florida on July 13, 2016.

Wesley Blake and Buddy Murphy's differences continued to reveal themselves in a backstage dispute as both seemed determined to make a statement in singles action. Unfortunately for Blake, he would encounter a red-hot Shinsuke Nakamura on the heels of, arguably, his biggest victory to date in NXT against Finn Bálor. The King of Strong Style was on top of his game and oozing his trademark charisma, catching kisses and delivering his Kinshasa knee strike to the former NXT Tag Team Champion for the win.

Billie Kay continues to impress, showing off her athleticism in a commanding victory over Santana Garrett. The Australian-born Superstar displayed a much more aggressive in-ring attitude, delivering a hard-hitting attack on her opponent. In the end, the former basketball player nailed a vicious looking big boot to pick up the decisive win.

Last week, Bayley gained redemption against Nia Jax, defeateding the towering competitor in a brutal battle. With Jax now out of the way, Bayley has set her sights on regaining the NXT Women's Championship from Asuka. The huggable Superstar made her case to General Manager William Regal for a rematch against the dangerous titleholder at NXT TakeOver: Brooklyn.

Regal agreed with the idea, but did say he first needs to talk with the champion before drawing up the contract. So, will Asuka accept this proposed blockbuster rematch?

With NXT's tag team division wide open, TM-61 continue to make a name for themselves at the right time. The duo of Nick Miller & Shane Thorne soundly defeated Rob Kimball & Adrian Nails thanks to an emphatic Thunder Valley for the pinfall victory.

No Way Jose showed a much more intense side last week when he ditched his smile to go on the attack and send Austin Aries running for the hills.

In his bout against Steve Cutler, the lively Superstar showed both sides to his personality, beginning the match in his usual fun-loving mood before letting loose his intense, wide-eyed rage that NXT fans witnessed a week ago. The flashy Superstar made quick work of Cutler before sending a message to “The Greatest Man That Ever Lived”: No Way Jose is coming for you.

Buddy Murphy was out to prove to his on-again, off-again tag team partner Wesley Blake and the rest of the NXT Universe that he can hold his own as a singles competitor, and he didn't disappoint. Unfortunately, despite Murphy's impressive showing, it was Kota Ibushi's time to shine.

The Cruiserweight Classic competitor —who is on his way to the second round of the groundbreaking tournament — flashed some serious skills in his NXT debut. After trading a series of vicious kicks with the Australian Superstar, “Golden Star” nailed a sit-out powerbomb for the win.

Upon hearing that General Manager William Regal had scheduled him to defend his title against Shinsuke Nakamura at NXT TakeOver: Brooklyn, NXT Champion Samoa Joe made a bee line to the ring to address this sign of “disrespect.”

The defiant titleholder declared that The King of Strong Style was not a deserving challenger and that he would not be putting his title on the line against the charismatic competitor at the highly anticipated NXT TakeOver event in Brooklyn. Regal arrived and responded by letting Joe know that he would forfeit his title if he did not fight Nakamura on Saturday, Aug. 20. As a result, Joe angrily accepted the bout, but also warned that the Japanese Superstar may not make it to the summer showdown. In response, Nakamura showed Joe that he was not afraid of the ferocious champion, setting his sights on NXT's top Superstar with a simple, yet poignant smile from the ramp. 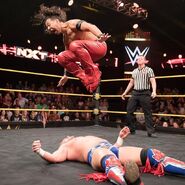 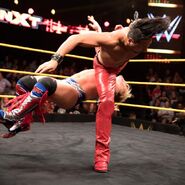 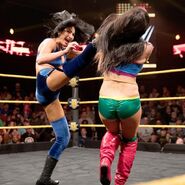 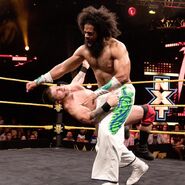 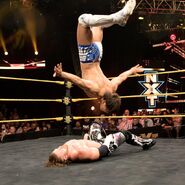 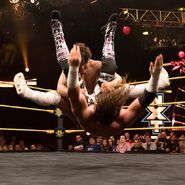 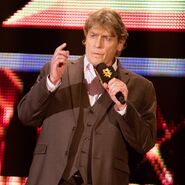 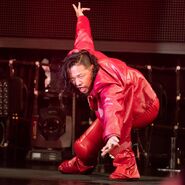 Retrieved from "https://prowrestling.fandom.com/wiki/July_27,_2016_NXT_results?oldid=1557801"
Community content is available under CC-BY-SA unless otherwise noted.