August 2, 2017
The July 26, 2017 Edition of NXT is a Professional wrestling television show of the WWE, which took place at the Full Sail University in Winter Park, Florida on July 12, 2017.

Ember Moon made a statement both physically and verbally, picking up another impressive victory before challenging Asuka to an NXT Women's Championship Match at TakeOver: Brooklyn III.

Moon faced a substantial challenge in Lei’D Tapa, who possessed a distinct size and strength advantage. The former football player and MMA grappler came out of the gate quickly, plowing through Moon. However, Moon fired back with her highlight-reel offense, punctuated by the spectacular Eclipse for the win.

Following the contest, Moon made her intentions clear, demanding a rematch against Asuka in Brooklyn on Saturday, Aug. 19. Later in the evening General Manager William Regal granted Moon her wish and made the match official. Is The Empress of Tomorrow ready for Ember Moon?

Before The Authors of Pain could even make it to the ring for their match against David Ramos & Timothy Bumpers, SAnitY interrupted the proceedings with their own painful display.

Nikki Cross stood in front of the NXT Tag Team Champions and their WWE Hall of Famer manager Paul Ellering on the entranceway as Killian Dain & Alexander Wolfe blindsided Ramos & Bumpers from behind.

After SAnitY disposed of the two unwary competitors, Akam & Rezar collided with the menacing duo in the middle of the ring. An explosive, if brief, flurry ensued, and the titleholders cleared Dain & Wolfe from the squared circle. Something tells us we haven't seen the last of the conflict between these two devastating duos.

Cezar Bononi – who already has a victory over Andrade “Cien” Almas to his name – has proven to be no pushover, but he was no match for The Velveteen Dream Experience.

The Velveteen Dream soared to new heights as he took down his commanding opponent behind a ferocious attack highlighted by his breathtaking “Purple Rainmaker” top-rope elbow drop.

Drew McIntyre will challenge Bobby Roode for the NXT Championship at TakeOver: Brooklyn III in less than four weeks, but the rivalry between these two Superstars is just starting to heat up.

McIntyre delivered a spirited and unwavering address to the NXT Universe that was sure to be heard by The Glorious One wherever he was watching.

After recounting his previous tenure in WWE and the hard work he put in to get to this point in NXT, McIntyre took aim at the NXT Champion's singular view of the NXT Universe. Roode's TakeOver: Brooklyn III challenger rallied the NXT Universe to its feet behind an emotional rallying cry of “We are NXT!” as he made it clear this wasn't Roode's NXT.

It looks as though Hideo Itami finally put the finishing touches on his floundering friendship with Kassius Ohno as he decimated NXT's resident Knockout Artist with a vicious post-match assault mere moments after embarrassing him with a low blow.

Itami and Ohno's alliance was clearly on shaky ground from the start, but the Japanese Superstar's actions Wednesday night on NXT have blown up the foundation that was their friendship.

Both heralded strikers let out their frustrations with one another in the form of a barrage of hard-hitting kicks that had the NXT Universe split down the middle on who they wanted to prevail.

Just as Ohno set up Itami for his Rolling Elbow finisher, Itami responded with a kick below the belt that floored his opponent.

Itami proceeded to add insult to injury, continuing to levy a relentless attack against his former friend. After hitting not one, but two GTS’ on Ohno, Itami began to walk up the ramp.

Deciding he wasn't finished with the jersey-clad Ohno, Itami then went back to the ring to drop Ohno face-first on the unforgiving steel steps, finally ending the unforgiving assault. 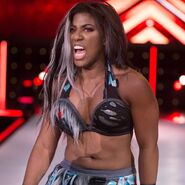 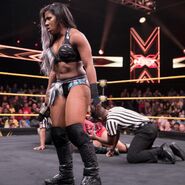 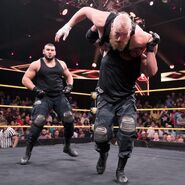 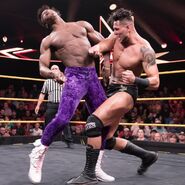 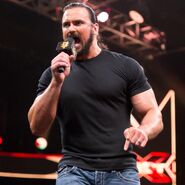 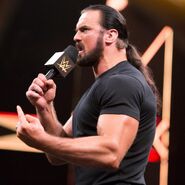 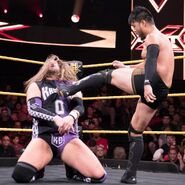