July 30, 2009
The July 23, 2009 Edition of Superstars is a Professional wrestling television show of the WWE, it took place on July 23, 2009 at the Richmond Coliseum in Richmond, Virginia.

Thursday night, "WWE Superstars" on WGN America saw a plethora of impressive in-ring action. With Superstars such as John Morrison, Christian, Evan Bourne, William Regal, Kane and Jamie Noble all competing in one-on-one matches, the night was a tutorial on what it takes to be an in-ring warrior.

Three days before Captain Charisma faces ECW Champion Tommy Dreamer for the title, he had to go one-on-one with another in-ring veteran in the hard-hitting William Regal. Throughout the match, the Englishman certainly took it to Christian and at several moments it looked as if the "Peeps" would be disappointed. But thanks to a springboard sunset flip, the crowd was left pleased as Captain Charisma won and gained some important momentum heading into Night of Champions.

Despite suffering a devastating attack by Big Show last week on Raw, "Air" Bourne came back with an impressive victory this week against The Pitbull. It was a back-and-forth match that seemed like it could go either way, with Noble grounding Bourne and thwarting several of his attempts to go to the top rope. In the end, a devastating kick to the head took the bark away from The Pitbull and allowed the young Raw Superstar to live up to the "Air" moniker and hit the Shooting Star Press followed by the 1-2-3.

Impressively, The Friday Night Delight was able to subdue The Big Red Monster for much of their match, frustrating Kane enough to throw a chair in Morrison's face causing a disqualification. In a match pitting speed and agility vs. strength and power, it seemed that The Shaman of Sexy had the sadistic Superstar's number until Kane opted to use the chair. After the match, Kane looked to continue the assault until The Great Khali made his way to ringside. With the distraction, Morrison was able to attain a little revenge by striking down The Big Red Machine with a vicious chair shot. This left Kane prone to Khali, but as The Punjabi Playboy grabbed the 7-foot, 300-pound monster, a fear struck Kane kicked free of Khali's grasp and fled away through the crowd. Does The Big Red Monster have a plan for The Punjabi Giant, or was he fleeing in fear of The Great Khali? 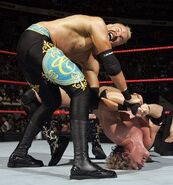 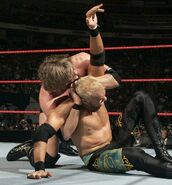 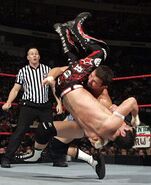 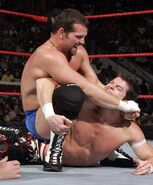 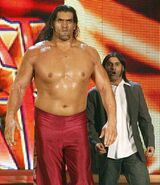 Retrieved from "https://prowrestling.fandom.com/wiki/July_23,_2009_Superstars_results?oldid=1243013"
Community content is available under CC-BY-SA unless otherwise noted.