The January 31, 2015 Edition of OVW Television is a Professional wrestling television show of the Ohio Valley Wrestling promotion, which took place on January 28, 2015 at Davis Arena in Louisville, Kentucky. 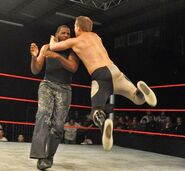 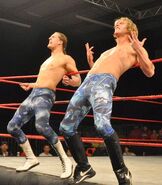 Retrieved from "https://prowrestling.fandom.com/wiki/January_31,_2015_Ohio_Valley_Wrestling_results?oldid=696082"
Community content is available under CC-BY-SA unless otherwise noted.