The January 12, 2000 Edition of WCW Thunder is a Professional wrestling television show of World Championship Wrestling's, which took place on January 11, 2000 at the Erie Civic Center in Erie, Pennsylvania. 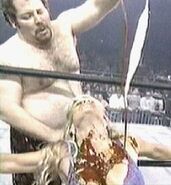 Oklahoma disrobing the top part of the gown of Madusa and pouring BBQ sauce on her. 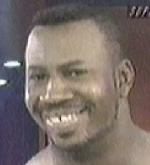 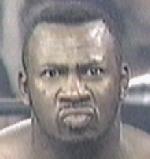 Bret Hart wearing a ponytail to show his "new" haircut.
Add a photo to this gallery

Retrieved from "https://prowrestling.fandom.com/wiki/January_12,_2000_Thunder_results?oldid=1543345"
Community content is available under CC-BY-SA unless otherwise noted.