After Randy Orton's brutal attack on Shane and Stephanie McMahon the week before, and Stephanie's husband WWE Champion Triple H's intense interview on SmackDown, the WWE Universe was on the edge of their seats when Raw came to Nashville. Though he was willing to speak on the subject on Friday night, The Game arrived on Raw in no mood for, well ... games, as he proceeded to attack Orton as well as his two associates, chasing them from the arena with a flurry of attacks from his trusty sledgehammer. 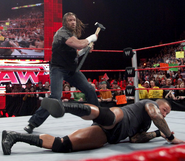 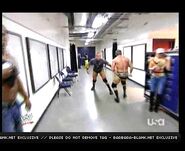 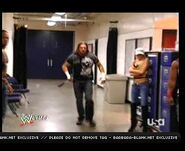 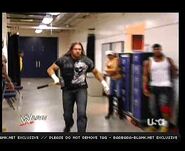 Retrieved from "https://prowrestling.fandom.com/wiki/February_23,_2009_Monday_Night_RAW_results?oldid=1556146"
Community content is available under CC-BY-SA unless otherwise noted.