The February 18, 2011 Edition of Smackdown is a Professional wrestling television show of the WWE's Smackdown brand, which took place on February 15, 2011 at the Valley View Casino Center in San Diego, California. SmackDown's 600th episode officially made the show the third longest running weekly episodic TV show in history.

As the third longest weekly episodic TV program in history, SmackDown kicked off its 600th episode with a massive 12-Man Tag Team Match. With members of both the Raw and SmackDown Elimination Chamber Matches in action, it was Edge and Drew McIntyre who tangled first. In the end, it was a 619 from Rey Mysterio to both Wade Barrett and Dolph Ziggler that set up Edge to seal the deal for his team by Spearing Ziggler.

Citing Edge's illegal use of the Spear last week, Vickie declared Dolph Ziggler, not Edge, the true World Heavyweight Champion. Then, after saying there would be a Championship Coronation for her boyfriend later in the night, she fired The Rated-R Superstar!

As Divas Champion Eve was getting the better of Layla, Michelle McCool jumped up from the announce table to offer her thoughts on the action. Beth Phoenix quickly silenced McCool, but the distraction left the door open for Maryse and Layla to drop Eve with a devastating double-kick.

As The Miz and Kofi Kingston went to war, Alberto Del Rio decided to come to ringside to taunt his Elimination Chamber opponent with his scarf. The WWE Champion capitalized on the momentary distraction and dropped Kingston with a vicious Skull-Crushing Finale. Kingston will surely remember Del Rio's actions come Sunday.

Just when it looked like WWE Tag Team Champion Santino Marella was going to defeat Justin Gabriel after a lethal Cobra strike, Wade Barrett and Ezekiel Jackson pounced on him. But before they could inflict serious damage, Big Show came charging to the ring. The World's Largest Athlete wasted no time clearing the ring of every member of The Corre. Glaring from outside the ring, Jackson appeared ready to go one-on-one with Big Show, but decided to back away and save their battle for another day.

With Teddy Long out of the picture after being attacked in January, Vickie and Dolph though they had the perfect plan to wrest the World Title from Edge. After Edge used the Spear last week against Ziggler, Vickie declared that he was no longer the true champion because she deemed the move illegal. But just as their grand plan was about to come to fruition, Teddy Long appeared on SmackDown, shocking Vickie, Ziggler, and the entire WWE Universe, alike. Cracking under the pressure, Vickie revealed it was Ziggler who attacked Teddy back in January. As the two lovers quarreled, Teddy rehired Edge and arranged for him to face Ziggler for the World Title.

With the World Heavyweight Championship technically vacant, Teddy Long righted things by arranging a championship match between Edge and Dolph Ziggler. The Ultimate Opportunist claimed his 11th World Title by dropping Ziggler with a crushing Spear. After the match, Teddy Long said good riddance to Ziggler by firing him. To cap off the historic night, The Rated-R Superstar added insult to injury by leading the WWE Universe in singing “Na Na Hey Hey Kiss Him Goodbye,” as Vickie and her boyfriend exited the ring with their tails between their legs. 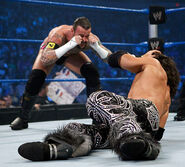 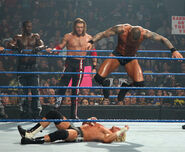 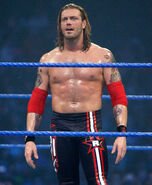 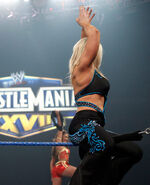 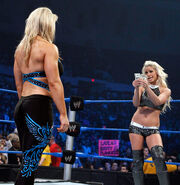 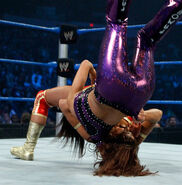 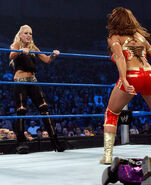 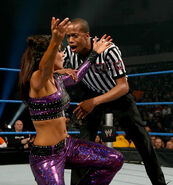 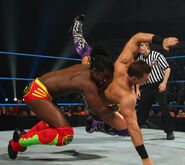 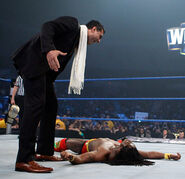 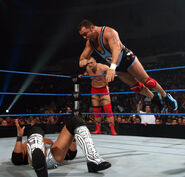 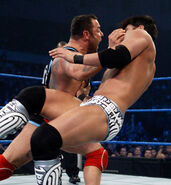 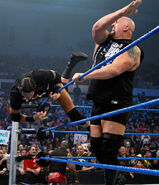 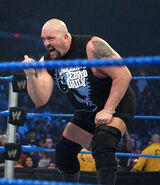 Retrieved from "https://prowrestling.fandom.com/wiki/February_18,_2011_Smackdown_results?oldid=1556119"
Community content is available under CC-BY-SA unless otherwise noted.