Tyler Reks has been on a tear lately on Thursday night's most exciting show. He's plowed through Curt Hawkins, JTG and Trent Barreta in recent weeks. Finally, The Dreadlocked Demolition Man has been stopped – for now, at least – by his former rival, Chris Masters. The Masterpiece put X-factor Reks into a devastating Master Lock, crippling him into submission for the victory.

After falling to The Great Khali in a 2-on-1 Handicap Match last week, Jimmy & Jey Uso were seeking redemption, and that's exactly what they got in a highly-competitive and physical match against Yoshi Tatsu & David Hart Smith. Despite an impressive seated powerbomb by Hart Smith and the usual awesome arsenal of offense from Tatsu, the Raw duo lost to the menacing brothers. When the Japanese Superstar inadvertently distracted the official, The Usos executed a perfect twin switcheroo trick. Hart Smith was pinned, allowing the Samoan brothers to steal the victory.

WWE Tag Team Champions Santino Marella & Vladimir Kozlov returned to “WWE Superstars” for the first time in 2011 to take on one of WWE's hottest new tag teams, Zack Ryder & Primo. Marella's patented Cobra emerged early – a possible scare tactic against Long Island Iced-Z and the newly named “Primo Colada.” Sambo master Kozlov repeatedly used his body as a weapon, giving his team the upper hand throughout the match. After a brutal double-clothesline from The Moscow Mauler, Marella hit the Cobra on Primo and pinned him for the win, much to the WWE Universe's delight. 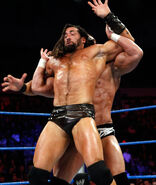 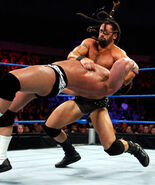 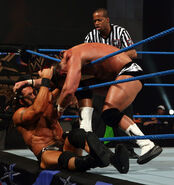 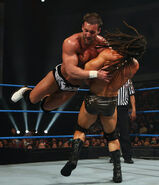 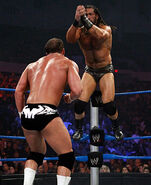 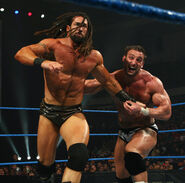 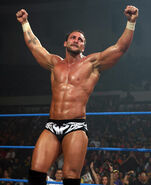 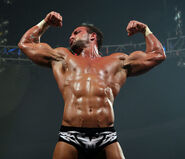 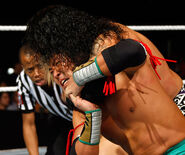 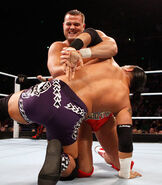 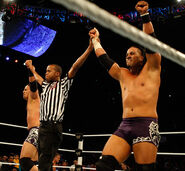 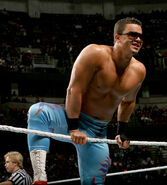 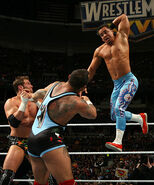 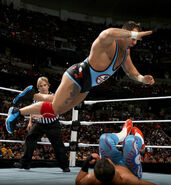 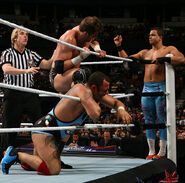 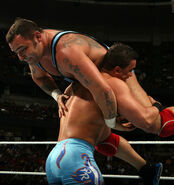 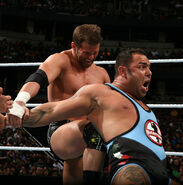 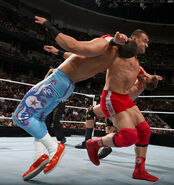 Retrieved from "https://prowrestling.fandom.com/wiki/February_17,_2011_Superstars_results?oldid=1556115"
Community content is available under CC-BY-SA unless otherwise noted.