The February 11, 2011 Edition of Smackdown is a Professional wrestling television show of the WWE's Smackdown brand, which took place on February 8, 2011 at the Resch Center in Green Bay, Wisconsin.

The 2011 Royal Rumble winner Alberto Del Rio celebrated the coming of Valentine's Day by proclaiming all the love in his heart for “destiny,” which he claimed loved him back. Seeking retribution for Del Rio's attack one week ago, Kofi Kingston chose the present over future destiny, attacking his smiling foe with the kendo stick and destroying Del Rio's trinkets of celebration.

As the result of that assault, the two Superstars squared-off. And one week after Del Rio cost Kofi a place at WWE Elimination Chamber, the aristocratic Superstar triumphed over Kingston with the cross armbreaker Will destiny be on the side of Del Rio in the main event of WrestleMania?

Before Drew McIntyre's match with Chris Masters could begin, the “Chosen One” took to the microphone, setting the blame for Kelly Kelly getting fired solely on the shoulders of World Heavyweight Champion Edge. Dedicating his match to the ousted Diva, The Sinister Scotsman reigned supreme over Masters with the Future Shock DDT.

Preparing to represent The Corre at WWE Elimination Chamber, Wade Barrett set out to gain momentum over Rey Mysterio, another participant of the impending sadistic structure. Following a distraction from Justin Gabriel, Barrett did just that, defeating The Ultimate Underdog with Wasteland.

After the match – when The Corre looked ready to continue their assault on Mysterio – Big Show stomped to the aid of the masked Superstar. Though The World's Largest Athlete wreaked havoc at first, the combined force of his ruthless adversaries left him reeling on the canvas. This included an earth-shattering suplex by Ezekiel Jackson.

Just nine days before Kane will attempt to reign supreme over five other Superstars at WWE Elimination Chamber, The Big Red Monster laid waste to JTG with a vicious chokeslam.

Still feeling the heat from being pinned by Kelly Kelly in the 3-on-2 Mixed Handicap World Heavyweight Title Match one week ago, Layla fell short yet again. Despite a distraction from Michelle McCool, the English-born Diva ended up losing her match after Divas Champion Eve reversed her pin attempt.

Prior to the main event, the self-appointed Special Guest Referee Vickie Guerrero reaffirmed that Edge's Spear was still banned. If he opted to use it against Dolph Ziggler, he would be disqualified and the “acting” GM's bleach-blond boyfriend would automatically become the new World Heavyweight Champion.

In the peak of the heated championship showdown, Vickie attempted to spear Edge herself, only to hurt her ankle. The Ultimate Opportunist seized the moment and hit the banned Spear on Ziggler two separate times. The Green Bay Packers' Clay Matthews then charged to the ring as a second Special Guest Referee, making the three-count to secure Edge's victory. However, the outcome of SmackDown's main event became unclear when the injured Guerrero waved-off The Rated-R Superstar win. Who is the rightful holder of the World Title? Green Bay Packers come to SmackDown 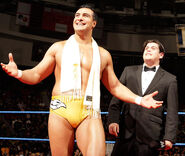 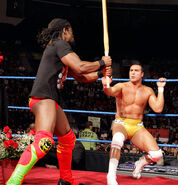 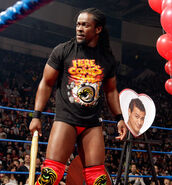 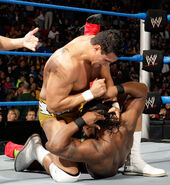 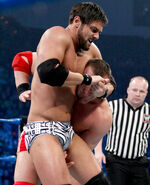 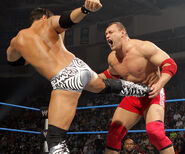 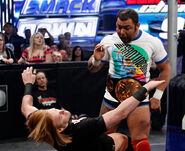 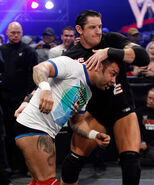 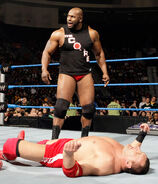 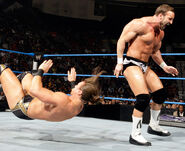 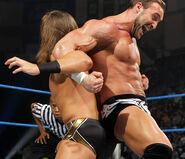 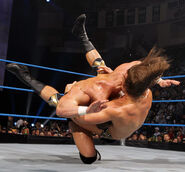 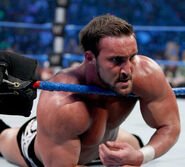 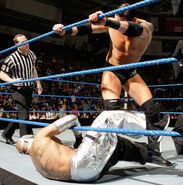 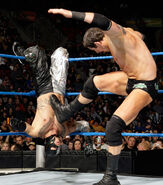 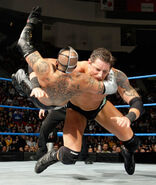 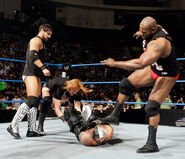 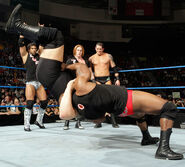 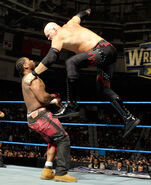 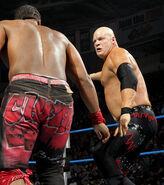 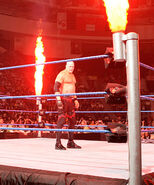 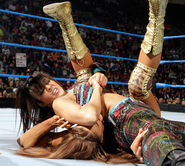 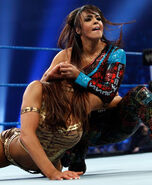 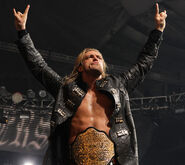 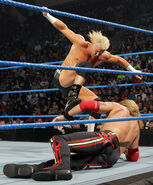 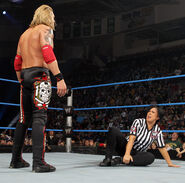 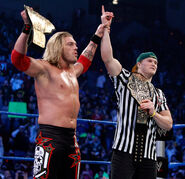 Retrieved from "https://prowrestling.fandom.com/wiki/February_11,_2011_Smackdown_results?oldid=1556055"
Community content is available under CC-BY-SA unless otherwise noted.