Dramatic Dream Team, better known by its initials DDT or its logo reading D2T, is a Japanese professional wrestling promotion founded in 1997 by Sanshiro Takagi. It became one of the top names in Japanese indy wrestling by creating a unique Sports Entertainment style with a Japanese puroresu flair to the matches.

DDT produced Pay-Per-View digests of its product for DirectTV between late 1999 to 2003 after which they finally got an hour's timeslot on Samurai TV, Japan's premier sports channel which shows a lot of professional wrestling from both Japan and the United States.

The cards' matches tend to be a mix of Japanese lucharesu, semi-worked shoot-style, hardcore brawling and comedy matches. DDT is in many ways a parody of American pro wrestling, particularly World Wrestling Entertainment, using over-the-top gimmicks (most notably Danshoku Dino) as well as unique match types including a hardcore match in a campsite (which featured use of bottle rockets as weapons), an "Office Deathmatch" (where the ring was set up to resemble a section of an office building, complete with cubicle walls and computers), and a "Silence Match" (where wrestlers were forbidden to make loud noises, resulting in slow-motion chops and punches and featuring the commentary team speaking in a faux-whisper).

DDT runs several sub-brands and offshoots, regularly experimenting with the different ways wrestling can be done and presented. 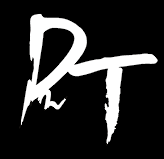 Retrieved from "https://prowrestling.fandom.com/wiki/Dramatic_Dream_Team?oldid=1589220"
Community content is available under CC-BY-SA unless otherwise noted.