The December 24, 2018 Edition of RAW is a Professional wrestling television show of the WWE's RAW brand, which took place on December 17, 2018 at the Golden 1 Center in Sacramento, California.

‘Twas the night before Christmas, and all throughout Raw, Elias began the show with a song. A Street Fight was coming, and he was feeling flighty, about his fresh chance, to beat “The All Mighty.” When Bobby Lashley came down, Elias looked good, till Lio Rush interfered and ruined the mood.

The big move that made Elias come back, was when he threw Lashley onto Legos he used like thumbtacks. Bobby was laid out, but Rush was still able, so Elias put him through a big Christmas table. While Lio was doused in cookies and Jello, The Living Truth broke out a big Christmas cello. Seeing that Bobby was all out of whack, he smashed up that cello all over his back. Now Lashley was down, and the 1-2-3 won, but Elias wanted a little more fun. He went over to the young Piece of Gold, then dumped on his head a big eggnog bowl. With the match won, he drifted off to the next town, with his enemies beat, embarrassed and down. Now that's how it's done, and how the fight ends, we’ve walked with Elias, so let's get an amen.

Nitpick how they won the Raw Tag Team Titles all you want, but Bobby Roode & Chad Gable show no signs of slowing down anytime soon. The Glorious duo held firm on Christmas Eve against The Revival, handing the “Top Guys” the latest in a series of increasingly narrow losses.

If the match came down to anything, it was a battle of momentum vs. synchronicity. Dash Wilder & Scott Dawson competed as a hivemind, but their continued propensity to admire their own work left them vulnerable in key moments against the surging champions. The challengers eventually got their heads in the game and started breaking out some truly innovative combinations, so Roode countered with a desperate if effective maneuver, bulldozing Wilder out of the ring during an assisted suplex. With Wilder dispatched, Gable rolled up Dawson to earn the pinfall and thwart what was the latest in a string of impressive performances that has gotten the two-time NXT Tag Team Champions slowly, but surely, to the doorstop of their goal. They'll have to settle for a knock for now, but one key development might provide them a path to another opportunity: In the confusion, it was determined upon replay that Dawson was not, in fact, the legal man.

Drew McIntyre came to Raw with a three-point checklist: Beat Dolph Ziggler and Finn Bálor in a Triple Threat; win the Men's Royal Rumble Match; main-event WrestleMania. To the shock of everyone involved, himself most of all, The Scottish Psychopath found himself stuck in No. 1.

Blame his propensity to make multiple enemies at once, as well as Triple Threat rules, for McIntyre's defeat. Bálor and Ziggler didn't hesitate to put their personal differences aside to hold off the former Intercontinental Champion, and even when McIntyre bullied his way back into the running, the unlikely alliance held. A combination of a superkick from Ziggler and a Coup de Grâce from Finn took McIntyre out of the running, at which point Bálor turned his attention to Ziggler and administered a second Coup de Grâce to pin The Showoff.

Adding insult to injury, McIntyre's post-match confrontation with Ziggler ended in further humiliation, as his former partner hit him with a quick-strike Zig Zag out of nowhere after the Scot berated him for ruining his plan to “save” Raw. The good news for McIntyre is that tonight is probably a blip in the long run: Few doubt he'll be a champion sometime soon. He's just finding that the climb is, perhaps, a little higher than he thought.

Yes, Virginia, that is Mr. McMahon dressed as Santa Claus. But while he may not be Kris Kringle in the flesh, The Chairman of the North Pole had a few gifts to deliver to the WWE Universe all the same. In the most immediate of his presents, Mr. McMahon sanctioned Dolph Ziggler vs. Drew McIntyre in a Steel Cage Match on next week's New Year's Eve episode of Raw. An announcement with a bit more long-term implication to it was the return of free agent John Cena on both Raw and SmackDown LIVE. But it was one gift in particular that's set to send shockwaves throughout the WWE Universe: The imminent creation of Tag Team Championships for the Women's division.

Following an announcement about the creation of a WWE Women's Tag Team Championship, six of Raw's most talented Superstars squared up in a delightful Christmas gift that showcased the unique skills of the six Superstars, and how they might mesh together in potential pairings. In just one match, we got a healthy dose of Dana Brooke's newfound aggression, Alicia Fox's eccentricities, Mickie James and Ember Moon's athleticism and, most crucially, the teamwork of The Boss ‘N’ Hug Connection, who hit Mickie with a Backstabber-Bayley-to-Belly combo to earn the victory for themselves and Ember.

And then, The Riott Squad — three living lumps of coal if there ever were — decided to crash the party, laying out the victorious trio in the latest of their statement beatings. Payback for Ruby Riott's ouster from last week's Gauntlet Match? A reassertion of their status as one of Raw's few established Women's pairings? Or just the sort of thing they do? No reason it can't be all three.

Can we interest you in Paul Heyman singing “Silent Night,” but about how Brock Lesnar is going to demolish Braun Strowman at the Royal Rumble? Does Santa love milk and cookies? Suffice it to say, The Advocate's rendition of the Yuletide classic was topped only by the remarkable follow-up of The Monster Among Men placing a red nose and reindeer antlers on an ashen-faced Heyman just moments later. Strowman's guarantee that Lesnar will get his healed-up hands at the Royal Rumble was the final stroke, thus capping a very light-hearted prelude to a confrontation that will surely be anything but.

Ronda Rousey did not look thrilled about having to defend her Raw Women's Title against Natalya; The Baddest Woman on the Planet was uncharacteristically muted-looking and off-kilter in the early goings of the match, and it wasn't difficult to see Rousey was having a difficult time wrapping her head around fighting the woman who helped train her for WWE. But that doesn't mean she was going to let her win.

Natalya, who scored three straight victories in a Gauntlet Match to earn the opportunity last week, certainly didn't hesitate to take advantage of Rousey's hesitation, grinding The Queen of Harts down in the hopes of locking in the Sharpshooter. Even as Rousey stirred to life, she seemed reluctant to pull the proverbial trigger ... until Natalya finally applied her signature hold with a look of gleeful disbelief on her face. With Natalya unwilling to relinquish the submission, Rousey was forced to spring into action, reversing the hold into an immediate Armbar that won the match and brought tears to her eyes. The post-match embrace was well-earned from a competition standpoint and served as a touching affirmation that the grueling fight that preceded it was nothing personal, strictly business.

If your very specific Christmas wish was for Rhyno to return to WWE, then boy, do we have good news for you! The Man Beast was officially re-hired after Baron Corbin sent him packing, and he made his return in the most festive fashion possible, crashing the match between Jinder Mahal and Heath Slater (himself reinstated as a Superstar after a stint as a referee) dressed as Santa Claus and Goring The Modern Day Maharaja to help his partner stand tall. It was admittedly somewhat less jarring than seeing him as Mrs. Claus a while back, but that didn't make it feel any less right.

Has Baron Corbin not suffered enough? No, he has not. At least, that appeared to be the thinking of Seth Rollins, who was among the first to stand up to the former “GM-Elect” and who effectively used Corbin as something between a punching bag and reboot switch during the main event of the Christmas Eve Raw.

The match quickly took on the tone of a battle for pride for both Superstars. Corbin desperately needed to regain some mojo after a professionally demoralizing week, and The Kingslayer was looking to re-center himself after Dean Ambrose played him like a fiddle and took the Intercontinental Championship. Corbin certainly went a long way toward re-establishing himself as a Superstar to be reckoned with, catching a full-steam ahead Rollins unaware on multiple occasions. But The Kingslayer got the last word with a Stomp that dropped Corbin like a stone and sent him packing. That's the thing about Christmas. Sometimes, you get exactly what you wanted — and if you're lucky, exactly what you needed, too. 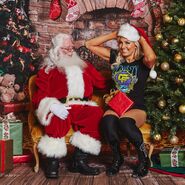 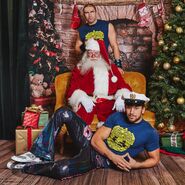 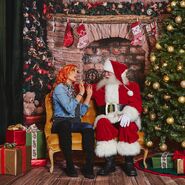 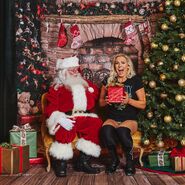 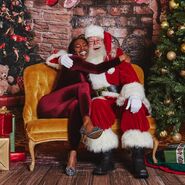 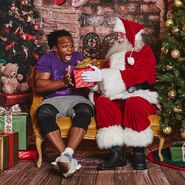 Retrieved from "https://prowrestling.fandom.com/wiki/December_24,_2018_Monday_Night_RAW_results?oldid=1554825"
Community content is available under CC-BY-SA unless otherwise noted.