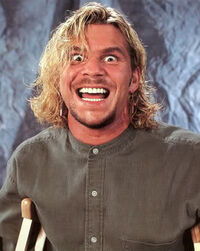 The Brian Pillman Memorial Show was an annual professional wrestling event held between 1998 and 2001 benefiting the children of Brian Pillman and featuring talent from World Championship Wrestling, the World Wrestling Federation and Extreme Championship Wrestling, as well as local and indy performers. The proceeds for the event went to the future education of Pillman's children.

The match between Chris Benoit and Steven Regal at the 3rd Annual Brian Pillman Memorial Show is often cited as being the impetus for the rehiring of Regal by the World Wrestling Federation later that year. The match was included on Benoit's 2004 DVD Hard Knocks: The Chris Benoit Story.

Retrieved from "https://prowrestling.fandom.com/wiki/Brian_Pillman_Memorial_Show?oldid=1059702"
Community content is available under CC-BY-SA unless otherwise noted.