September 7, 2016
The August 31, 2016 Edition of NXT is a Professional wrestling television show of the WWE, which took place at the Full Sail University in Winter Park, Florida on August 25, 2016.

Murphy controlled much of the contest with an unrelenting attack, but, once again, Dillinger remained resilient in the face of adversity. In the end, The Perfect 10 caught his opponent with a Tye Breaker for the victory.

Apparently, defeateding Johnny Gargano & Tommaso Ciampa at NXT TakeOver: Brooklyn II wasn't enough for The Revival. With Johnny Wrestling at home recovering from a leg injury, Dash Wilder & Scott Dawson pounced on an unsuspecting Ciampa as he was being interviewed backstage.

The vicious attack moved out to the arena floor and eventually the ring as the NXT Tag Team Champions again proved they are the “top guys” by laying out Ciampa in dominating fashion.

Two of NXT's up-and-coming competitors battled it out as Steve Cutler clashed with Kenneth Crawford. The high-flying Crawford showcased some spectacular athletic maneuvers, but it was the hard-hitting Cutler who picked up the win with a fisherman Michinoku Driver.

Despite losing a grueling battle against Austin Aries at NXT TakeOver: Brooklyn II, it appears No Way Jose is back on track. The fun-loving Superstar showed it's not all fun and games, as he turned the fiesta into a fight against Angelo Dawkins, taking him down with a full-nelson slam for the victory.

With Bayley now a member of Raw, the spot of No. 1 contender to Asuka's NXT Women's Championship is wide open. That is why the matchup between Liv Morgan and Aliyah was so important, as both rising Superstars look to make a name for themselves.

Aliyah certainly put forth a strong showing, but she could not keep up with Liv Morgan's energetic attack, which culminated in a spinning kick for the pinfall.

New NXT Champion Shinsuke Nakamura received a king's welcome from the NXT Universe as chants of “Nakamura” and “You deserve it” rang throughout Full Sail University.

The new titleholder displayed appreciation for the warm response from the crowd as he also showed respect for his TakeOver: Brooklyn II opponent, Samoa Joe. Nevertheless, Nakamura made it clear: Joe's reign is over. Now it's time for “The Era of Strong Style.” 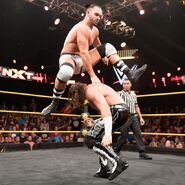 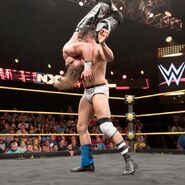 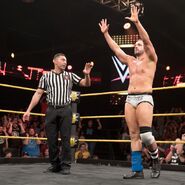 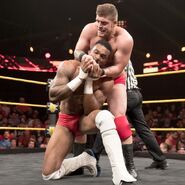 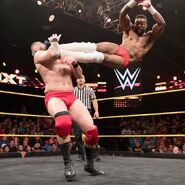 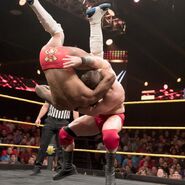 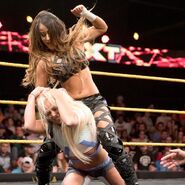