The August 31, 2012 Edition of Smackdown is a Professional wrestling television show of the WWE's Smackdown brand, which took place on August 28, 2012 at the Resch Center in Green Bay, Wisconsin.

Just one week after an RKO out of nowhere cost Dolph Ziggler a chance to cash in his Money in the Bank contract on World Heavyweight Champion Sheamus, The Showoff got a chance at retribution, as he and The Viper clashed one on one in SmackDown's main event.

World Heavyweight Champion Sheamus kicked off the best show on Friday nights by acknowledging the illustrious career and fighting spirit of Triple H. He pointed out that although the future of The Game may be uncertain, one thing was clear: The King of Kings was the embodiment of a champion. He then added that his opponent at Night of Champions, Alberto Del Rio, was ironically the opposite.

Before Sheamus could tear into The Mexican Aristocrat, Damien Sandow interrupted the “ignorance spewing hooligan.” Calling Sheamus a buffoon and a propagation of Irish stereotypes, the self-professed “martyr” deemed the champion unworthy of his time. Before “The Intellectual Savior of the Masses” could depart, however, SmackDown General Manager Booker T came out and, to the delight of the WWE Universe, made a first-time ever showdown for later in the evening: Sheamus vs. Sandow.

Cody Rhodes’ “obsession” with masked Superstars and why they cover their faces continued as he battled longtime adversary Rey Mysterio. Before taking on his opponent, the former Intercontinental Champion claimed that masks are “a sign of pathetic fear, panic and ugliness,” and it's been his goal to prove that Superstars like Mysterio and Sin Cara are false idols.

Once the bell rang, a fierce showdown between Rhodes and Mysterio kept the WWE Universe on the edge of their seat. While the determination of the Master of The 619 rang through at every turn, the precisely brutal skill of Rhodes seemed to overwhelm The Ultimate Underdog at he unleashed a series of vicious stomps, slams and pinfall attempts.

Assistant to SmackDown General Manager Booker T, Eve, made time in her busy schedule to sit ringside on commentary for the match between the new No. 1 contender to the Divas Championship, Kaitlyn, and longtime Divas division contender Natalya.

In recent weeks, there has been a budding social media rivalry between the two SmackDown opponents. That vitriol between Kaitlyn and Natalya was evident in the ring as they went after each other with their full arsenals.

Natalya used her world class grappling to gain a commanding advantage, twisting Kaitlyn like a pretzel. But Kaitlyn would ultimately prove that her recent victories hadn't been flukes when she took advantage of a momentarily distracted opponent to roll-up the third-generation Diva, picking up another huge win as she prepares to face Divas Champion Layla at Night of Champions.

As Matt Striker spoke to Booker T about Raw General Manager AJ Lee's shocking attack on Vickie Guerrero on Monday's Raw, The Queen Diva interrupted the interview and declared that AJ's “reign of terror” will soon end. Vickie revealed that she had spoken to the WWE Board of Directors, and stated that if they do not take action on the matter, she will herself.

Less than three weeks from his Night of Champions clash with Alberto Del Rio, World Heavyweight Champion Sheamus battled a different SmackDown Superstar, Damien Sandow, in a match that Booker T created earlier in the show.

In the biggest match of his career thus far, “The Intellectual Savior of the Masses” found himself battling one of WWE's most aggressive and dominant Superstars. After experiencing some of Sheamus’ fearsome raw power, Sandow gained the advantage outside the ring, throwing The Great White into the steel steps. The Killer Kowalski–trained Sandow, called for Sheamus to quit as he took the fight to the World Champion in a way that few Superstars have.

However, the big man from Dublin, Ireland, would regain the advantage. And when “The Enlightened One” managed to escape the titleholder's revived onslaught - including avoiding the Brogue Kick - he opted to run up the ramp, disappearing as the referee counted to 10, giving Sheamus a count-out victory.

While Sandow opted to live to fight another day, Sheamus continues his successful run as he barrels toward his showdown with Del Rio at Night of Champions.

In a match that might go a long way toward establishing the next contenders in an intense tag team division, The Prime Time Players were able to overcome the fast-paced duo of Justin Gabriel & Tyson Kidd.

Despite the high-flying Gabriel and Kidd showing many of the exciting moves and teamwork that could make them future contenders, The Prime Time Players managed to survive the electrifying offense. In the end, although Kidd leaped out of the ring to prevent Titus O’Neal from getting in on the action, the distraction he created allowed Darren Young to break up a 450 Splash attempt by Gabriel. He then hit the South African Superstar with a brutal Lateral Press for the key victory.

Alberto Del Rio started his interview with Josh Mathews by reliving his huge victory over Randy Orton on last week's SmackDown, when he made The Viper tap out to a Cross Armbreaker.

When Del Rio said he would do the same to Sheamus, Mathews brought up the fact that The Celtic Warrior had defeated Del Rio in every championship match between the two. Del Rio prepared to attack Mathews for the slight, but the emergence of Kane stopped him in his tracks. Surprisingly, The Big Red Monster, as part of his anger management therapy, apologized to Mathews for attacking him at SummerSlam.

Before Kane could leave, Theodore Long, Senior Advisor to SmackDown GM, emerged and made an impromptu match between Kane and Del Rio.

After Randy Orton's surprise RKO ruined Dolph Ziggler's chance at cashing in his Money in the Bank contract on Sheamus last week on SmackDown, The Showoff faced The Viper, looking for retribution.

The showdown that followed was a hard-fought match from start to finish. In the final moments, Ziggler showed incredible determination, kicking out of both a superplex and a hanging DDT. However, when Ziggler missed a Zig Zag, it ended up costing him big. Before The Showoff could regroup, he fell prey to the searing RKO, giving a huge win to WWE's Apex Predator.

Before Lilian Garcia could declare Orton the winner, though, Vickie Guerrero grabbed a microphone and Ziggler's Money in the Bank contract, reinforcing that her client was still The Showoff and still had that golden opportunity. But this battle and this night went to The Viper, Randy Orton. 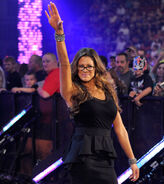 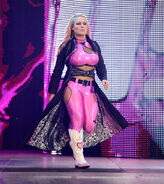 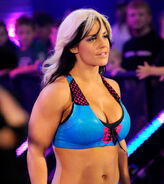 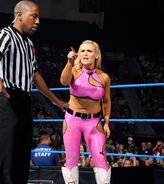 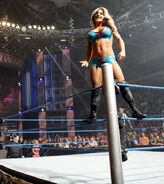 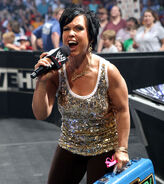 Retrieved from "https://prowrestling.fandom.com/wiki/August_31,_2012_Smackdown_results?oldid=1551913"
Community content is available under CC-BY-SA unless otherwise noted.