The August 18, 2006 Edition of Smackdown is a Professional wrestling television show of the WWE, which took place at the MCI Center in Washington, D.C.. It was taped on August 15, 2006.

In a non-match, the Teacher's Pets also ambushed the tag champions Brian Kendrick and Paul London. 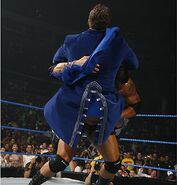 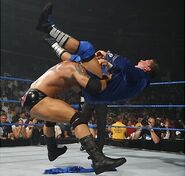 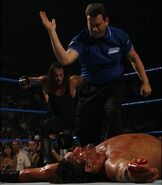 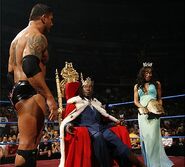 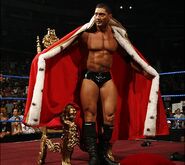 Retrieved from "https://prowrestling.fandom.com/wiki/August_18,_2006_Smackdown_results?oldid=1309572"
Community content is available under CC-BY-SA unless otherwise noted.