April 20, 2010
The April 13, 2010 Edition of NXT is a Professional wrestling television show of the WWE, which took place at the O2 Arena in London, England, UK.

In just four weeks, the second WWE Pros’ Poll will reveal the Rookie Rankings, and the NXT Rookie who is ranked last will be eliminated. To avoid that fate, the NXT Rookies must win matches and continue to make positive impressions on the WWE Pros in various challenges. Last week, NXT Rookie Heath Slater showed off his physical strength and power by winning the Keg Carrying Challenge. This week, NXT Rookie Wade Barrett wowed the WWE Universe in his home country with his speaking skills.

The NXT Rookies displayed their charisma and ability to verbalize their feelings by connecting with the WWE Universe. The Rookies were given random topics, from cereal to passion to rainbows, and had 30 seconds to expand upon them with originality and creativity. Barrett faced fellow NXT Rookie Skip Sheffield in the final round, and won over the WWE Universe in London's O2 Arena with his speech about the “winds of change” in WWE.

Since WWE NXT began, the NXT Rookies walked to the ring to the entrance themes of their respective WWE Pros. As the winner of the Talk the Talk Challenge, Barrett earned the opportunity to create his own entrance music!

But this week in a WWE Pro vs. NXT Rookie Match, the bareknuckle brawler was the one outsmarted. After Jericho distracted the WWE official, Barrett tried to take advantage of the situation, but Slater grabbed Barrett's ankle, allowing Christian to capitalize and hit the Killswitch for the win. With his loss, Barrett's record fell to 4-4.

After a negative reception from the WWE Universe in the Talk the Talk Challenge, NXT Rookie Daniel Bryan’s night didn’t improve. Despite a strong offensive effort by Bryan, WWE Pro and England’s own William Regal defeated him with a Running Knee Trembler, causing Bryan’s win/loss record to sink to 0-8.

Earlier, The Miz gave a pep talk to his NXT Rookie – who he referred to as the “Susan Boyle of WWE” – before his match. After Bryan's loss, a still-frustrated Miz, who watched the match from ringside, attacked Regal and then hit his NXT Rookie with a Skull Crushing Finale.

In one of the biggest matches of his NXT Rookie career, Darren Young defeated Luke Gallows, not only proving his worth to his WWE Pro, CM Punk, but also saving his hair.

Earlier, Young apologized to Punk for his actions on SmackDown, and pleaded with him not to cut his hair. While Punk told Young he thought he showed guts, Straight Edge Society disciple Gallows took offense. Punk ordered his NXT Rookie to face the menacing Gallows with his hair on the line. When it mattered most, Young delivered, impressing Punk and the WWE Universe by pinning Gallows. Afterward, Punk raised Young's hand in victory as a stunned Gallows looked on.

The South Beach party boy proved he could defeat a WWE Superstar on his own, without compromising his own wild personality and style. With the victory, Young's record improved to 5-2. With the next Pros’ Poll just four weeks away, the NXT Rookies continued their mission to impress the WWE Pros and WWE Universe in the hopes of becoming WWE's breakout star. Several NXT Rookies shined during week eight of competition, and one even kept his hair. 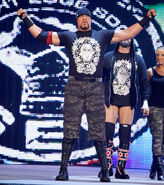 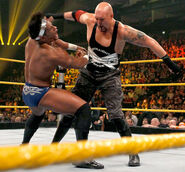 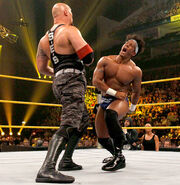 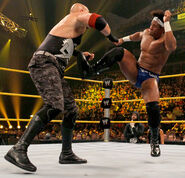 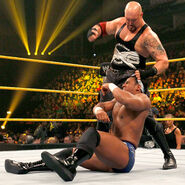 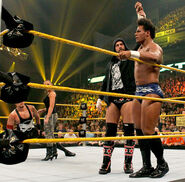