The AEW World Tag Team Championship is a professional wrestling world tag team championship created and promoted by the American promotion All Elite Wrestling (AEW). It was officially announced on June 18, 2019.

On January 1, 2019, the professional wrestling promotion All Elite Wrestling (AEW) was founded. It was not until June, however, that a tag team championship was announced. On June 18, a three-way tag team match for AEW's event Fyter Fest on June 29 was scheduled, featuring Best Friends (Chuck Taylor and Trent Beretta), SoCal Uncensored (represented by Scorpio Sky and Frankie Kazarian), and Private Party (Isiah Kassidy and Marq Quen) with the winning team advancing to All Out for an opportunity at a first round bye in the AEW World Tag Team Championship tournament. Later, AEW's President and CEO Tony Khan announced that the tournament would occur on episodes of their TNT show, later revealed as Dynamite. During the Buy In pre-show of Fyter Fest, Best Friends defeated Private Party and SoCal Uncensored to earn their spot at All Out.

On July 11, AEW's Executive Vice President Matt Jackson announced a second three-way tag team match to take place at Fight for the Fallen on July 13, featuring The Dark Order (Evil Uno and Stu Grayson), Jurassic Express (Jungle Boy and Luchasaurus), and Angélico & Jack Evans with the winners facing Best Friends at All Out. The Dark Order won to advance to All Out, where they defeated Best Friends to receive the first round bye in the tournament.

The first match of the AEW World Tag Team Championship Tournament was announced on August 9, 2019, with The Young Bucks (Matt Jackson and Nick Jackson) facing Private Party (Isiah Kassidy and Marq Quen) on October 9 during the second episode of Dynamite in Boston, Massachusetts. It was later announced that the semi-finals for the tournament would take place on the October 23 episode in Pittsburgh, Pennsylvania, with the finals on the October 30 episode in Charleston, West Virginia. On October 30, SoCal Uncensored (Frankie Kazarian and Scorpio Sky) defeated Lucha Brothers (Pentagón Jr. and Rey Fénix) in the tournament final to become the inaugural champions. 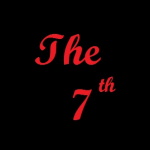