"Dynamite" by No One Hero

October 2, 2019 – present
AEW Dynamite, also known as Wednesday Night Dynamite or simply Dynamite, is a professional wrestling television program that is produced by the American promotion All Elite Wrestling (AEW) and airs on TBS in the United States. The show debuted on October 2, 2019 on TNT and serves as the flagship program of AEW. The show airs live weekly for two hours. Dynamite was the first professional wrestling program to air on TNT since the final episode of WCW Monday Nitro on March 26, 2001.

On May 8, 2019, AEW reached a new media rights deal with British media company ITV plc to broadcast AEW shows on ITV4. On May 15, 2019, AEW and WarnerMedia announced a deal for a weekly prime-time show airing live on TNT and would also stream live events and pay-per-views on B/R Live in the United States and Canada.

In April, Jim Ross confirmed the show would be a weekly two-hour live show. During Fight for the Fallen, Chris Jericho confirmed the show would be starting in October. On July 24, AEW announced the show would premiere on Wednesday, October 2, and would broadcast live from the Capital One Arena in Washington, D.C. On August 2, it was announced that the show had sold out within 3 hours of tickets going on sale. AEW President Tony Khan said that they chose to air the show on Wednesday nights instead of Tuesday nights because TNT airs the National Basketball Association (NBA) on Tuesday and Thursday nights, and it also prevented competition against the National Football League (NFL) on Thursday nights, which Khan is a part of.

In August 2019, WWE announced that it was moving their WWE Network show NXT to the USA Network and expanding the program to a live, two-hour broadcast in the same timeslot as AEW's upcoming show. NXT premiered on USA on September 18, two weeks before AEW's broadcast debut on TNT. On August 30, the day before All Out, TNT aired a one-hour special called Countdown to All Out at 10pm ET, which averaged 390,000 viewers.

Like they had done for each of their pay-per-view events, AEW began a "Road to" YouTube series on September 4 entitled The Road to AEW on TNT to build anticipation for the debut broadcast of the show. On September 19, 2019, the show's name was revealed as All Elite Wrestling: Dynamite. A two-hour preview show called Countdown to All Elite Wrestling: Dynamite aired on October 1 at 8pm ET and averaged 631,000 viewers.

On September 25, 2019, AEW announced an international streaming deal with FITE TV primarily for regions outside of North America via the "AEW Plus" package, which includes live streaming and replay access of Dynamite in simulcast with its U.S. airing. In Canada, Bell Media's TSN acquired broadcast rights to Dynamite, marking the return of professional wrestling to the network after WWE Raw moved to rival network The Score (now Sportsnet 360) in 2006. The show is broadcast in simulcast with TNT in the U.S (but is subject to scheduling) and is streamed on TSN Direct as well as TSN's website. In the United Kingdom, Dynamite will be added to ITV Hub on Thursday evenings, and air on ITV4 on Friday nights.

On October 2, 2019, Dynamite debuted on TNT which averaged 1.409 million viewers, which made it the largest television debut on TNT in five years. Also on October 2, NXT would make their two-hour debut on USA Network (the previous two episodes featured the first hour on USA with the second hour on the WWE Network), and they averaged 891,000 viewers. Dynamite beat out NXT in viewership and more than doubled its competition in the key adults 18-49 demographic, scoring 878,000 viewers compared to NXT's 414,000. This would also mark the beginning of the "Wednesday Night Wars". Prior to and after the episode, untelevised matches were filmed to air on AEW Dark on the following Tuesdays (except before pay-per-view events, where the episodes air Fridays) on AEW's YouTube channel.

The wrestlers featured on All Elite Wrestling take part in scripted feuds and storylines. Wrestlers are portrayed as heroes, villains, or less distinguishable characters in scripted events that build tension and culminate in a wrestling match. 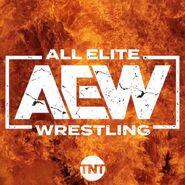