4 Front Wrestling (Sometimes acronymed as 4FW) is a pro wrestling company based in the South West of England, established in 2004 by former professional wrestler Dave Sharp, and ring announcer Philip Carter. Since 2005, the company has promoted a range of shows; utilizing events through England, primarily in the Swindon and Oxford areas.

4FW is well known for its use of United Kingdom wrestlers, but also its partners with international promotions. The promotion has a high puroresu vibe, and has had its own wrestlers appear in Japan and Mexico. The company has a working relationship with Michinoku Pro Wrestling wrestling, as well as Wrestle-1. It is also a regular occurrence for high-profile wrestlers from Japan and United States of America to have one-off matches in the company. 4FW also has a 'Junior Heavyweight' Championship, which is common in Japan, rather than a more traditional cruiserweight, or light heavyweight in the rest of the world.

4FWs first show was held at Pinehurst People's Centre in 2005 'and so it begins' They had opened a wrestling school held at Cheney Manor, training wrestler's such as Saime Sahin, Tiger Ali and Eddie Ryan. In 2011, Owner and Promoter Dave Sharp retired from Pro Wrestling due to neck injuries, which lead to the promotion running more events.

Perhaps 4FWs most well known was 4FW Ultimate Supremacy 2015 which held an event featuring recently released from WWE wrestlers Rey Mysterio against Alberto Del Rio in the main event. The event brought around 1,500 fans into Swindon for the event held in Swindon MECCA. 4FW also has an on-demand video service for all of its previous shows library in the same vein as the WWE Network on Powerbomb TV.

4FW has also reached out to new fans by using other international talent such as Cody Rhodes, however, Rhodes was unable to make the show, so Kenny Omega took his place in the match, flying from Japan to the UK for the match against Tiger Ali.

During its tenure, 4FW has had a bunch of notable Junior Heavyweight Champions. Due to the unique nature of the championship, it has been defended in Hong Kong and Japan. The championship was first won by Gino in July 2006, winning an 8-man tournament and who held the championship for 91 days, before losing the belt to El Ligero. Ligero would lose the championship to Ashley Reed, before being vacated (presumed forever), until its reintroduction in 2010.

Less than a month later, Haskins would win the championship, this time defeating PJ Black, but would have to vacate the championship himself due to nagging injuries. Current champion Bubblegum would then win the vacant championship against Mega Pegasus in Swindon on January 21, 2017. 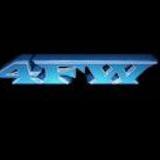 Retrieved from "https://prowrestling.fandom.com/wiki/4_Front_Wrestling?oldid=1470401"
Community content is available under CC-BY-SA unless otherwise noted.