The March 7, 2017 Edition of 205 Live is a Professional wrestling television show of the WWE, which took place at the Bankers Life Fieldhouse in Indianapolis, Indiana on March 7, 2017.

Following his heated confrontation with WWE Cruiserweight Champion Neville on Monday Night Raw, Austin Aries revealed the reason why he attacked The King of the Cruiserweights and what it means for the future. He explained that he has been suffering from a broken orbital socket for the first few months but is now medically cleared to join the roster of WWE 205 Live.

Neville did not take kindly to Aries’ announcement, explaining that the newest member of WWE 205 Live didn’t belong in the same ring as the champion. Thus, The King of the Cruiserweights would not face Aries in a match, citing the enemies that A-Double has already made. Aries remained unfazed and responded by issuing an open challenge.

Rich Swann and Gentleman Jack Gallagher sought to recalibrate their respective momentum after both Superstars came up short in recent Cruiserweight Championship challenges against Neville. Early in the contest, it appeared Swann was still reeling from his loss to Neville on Raw, as Noam Dar and Ariya Daivari displayed impressive teamwork to keep Swann at bay.

Once Swann mustered the energy to tag Gallagher, the British Superstar turned the tide of the battle, relying on his unorthodox style – and patented headbutt – to allow Swann to execute a Phoenix Splash on Dar for the win.

Following the match, Dar eased the agony of defeated as a courier made his way to ringside, delivering a box of chocolates to Alicia Fox. Dar intercepted the courier and gave his leading lady the box himself, seemingly making up what was written on the card. Regardless, Alicia happily accepted the gift from The Scottish Supernova.

Thinking he was finally set to go toe-to-toe with The Brian Kendrick on WWE 205 Live after issuing a challenge on Raw, Akira Tozawa instead battled “Bryan Kendrick” after The Man with a Plan specified that Tozawa didn’t challenge THE Brian Kendrick, just “A” Brian Kendrick. The lesson? Always read the fine print.

Enraged, Tozawa unleashe his fury on his opponent, Bryan Kendrick, taunting The Brian Kendrick with every impactful strike. Although the other Kendrick managed to take advantage of The Stamina Monster being distracted by his nemesis, the Japanese Superstar displayed his speed and resilience, executing a perfect Snap German Suplex and delivering a message to The Brian Kendrick.

Before the match, Neville proclaimed to Dasha Fuentes that whoever wants an opportunity at his title will have their work cut out for them next week on WWE 205 Live, adding that the WWE 205 Live roster has their sights set on Austin Aries

Answering Aries’ open challenge for his in-ring Cruiserweight division debut was a Superstar often compared to The King of the Cruiserweights – “The Premier Athlete” Tony Nese. After months of being sidelined, Aries had no difficulty easing back into squared circle competition. Displaying his agility, Aries gained the advantage early in the contest.

However, “The Premier Athlete” relied on his strength and speed to overpower Aries throughout the contest. As Nese took control of the bout, he started to taunt his opponent and A-Double responded by battling back into the contest – even showing off his resilience by surviving a jaw-dropping powerbomb by Nese.

Seizing the opportunity to strike a stunned Nese, Aries executed a Roaring Elbow and secured a hard-fought victory. Though the battle was not easy, Aries proved he’s ready to compete with the best of the Cruiserweights. 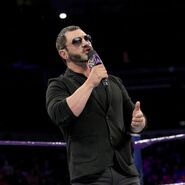 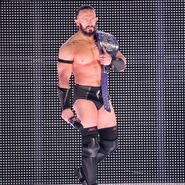 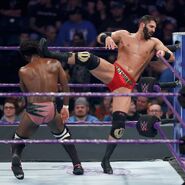 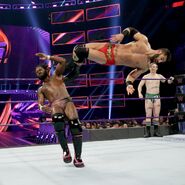 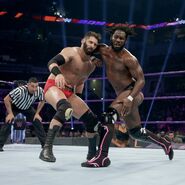 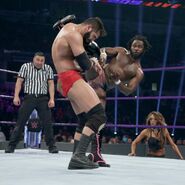 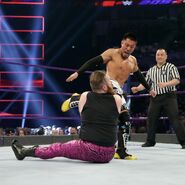 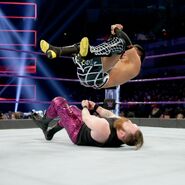 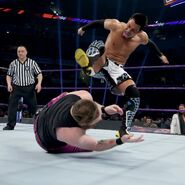 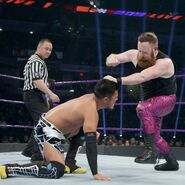 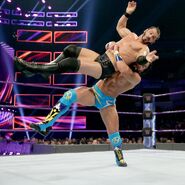 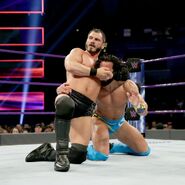 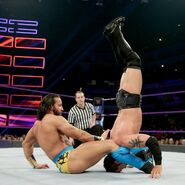 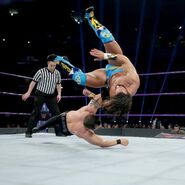 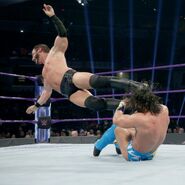 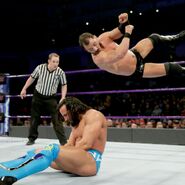 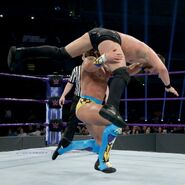 Retrieved from "https://prowrestling.fandom.com/wiki/205_Live_(March_7,_2017)?oldid=1609283"
Community content is available under CC-BY-SA unless otherwise noted.