Tehuti Miles earned his first career victory with a win over Danny Burch, but Oney Lorcan didn't underestimate the WWE Performance Center standout. Miles appeared headed for a sweep of The Brit-Am Brawlers by locking in a brutal hold, but the pain only fueled Lorcan. As Miles leveraged Lorcan’s tights in a roll-up, Burch spotted the devious tactic, and Lorcan capitalized with the decisive roll-up.

Jack Gallagher was unsuccessful in his attempt to cause Isaiah "Swerve" Scott to lose to Tony Nese on NXT, but “Swerve” was still intent on delivering payback. Gallagher appeared up to the task of matching intensity and athleticism, but Scott pounced on an opening to roll up his opponent for the win. “Swerve” saw his celebration cut short, as an irate Tony Nese made his way to the ring and dished out vicious punishment to the victor. 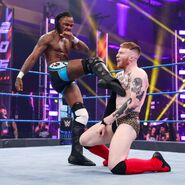 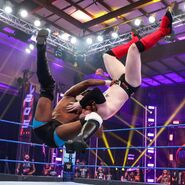 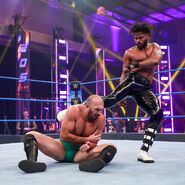 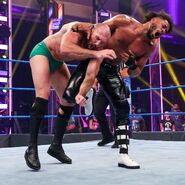 Retrieved from "https://prowrestling.fandom.com/wiki/205_Live_(June_5,_2020)?oldid=1711438"
Community content is available under CC-BY-SA unless otherwise noted.