Ever-Rise have been on a mission to prove they are one of the best true tag teams in WWE, and they used a battle with Leon Ruff & Adrian Alanis to send a message on 205 Live. The two teams traded blows early, but Matt Martel & Chase Parker ascended for the victory with brutally effective teamwork.

Not all unlikely matches are made in heaven, as dysfunction plagued Jack Gallagher, Tony Nese & Tehuti Miles in their battle with Isaiah “Swerve” Scott, Oney Lorcan & Danny Burch. Nese & Gallagher found their groove together but never got on the same page with the WWE Performance Center standout. After the veterans felt disrespected by the hotshot upstart, Nese and Gallagher exited the ring and left Miles alone for "Swerve" to land the Confidence Boost. 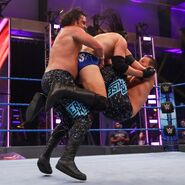 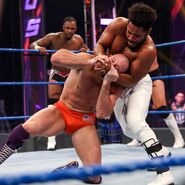 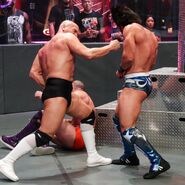 Retrieved from "https://prowrestling.fandom.com/wiki/205_Live_(June_12,_2020)?oldid=1711412"
Community content is available under CC-BY-SA unless otherwise noted.