February 7, 2017
The January 31, 2017 Edition of 205 Live is a Professional wrestling television show of the WWE, which took place at the American Bank Center in Corpus Christi, Texas on January 31, 2017.

Early in the contest, Nese was left on the defensive and struggled to mount an offense against his opponent. Nese – who can expertly use both his speed and strength to his advantage – managed to take control of the contest with powerful strikes keeping Dorado on his heels.

Although Dorado mounted a secondary flurry of offense, he was stopped in his tracks on the top rope when Nese tried to take off his mask. This allowed “The Premier Athlete” to toss his opponent from the top and follow up with a running knee for the win.

Following the match, Nese was set on sending the entire Cruiserweight division a message and continued to attack Dorado, however he was stopped by Perkins.

Following an impressive outing in the Cruiserweight Classic – defeateding Kenneth Johnson and Jack Gallagher before being eliminated by Gran Metalik – Japanese sensation Akria Tozawa made his long-awaited debut on WWE 205 Live. Before the match got underway, The Brian Kendrick made his way to the ring, joining the announce team to observe Tozawa.

Looking to make his own impact on the Cruiserweight division, Aaron Solo did not back down from the hard-hitting Tozawa, although he would soon come to regret it each time he attempted to take control of the match. Tozawa's combination of speed and powerful striking proved to be too much for Solo and the WWE Universe was treated to the Japanese competitor's incredible Snap German Suplex on his way to victory.

Raw was supposed to be Neville's big night. After defeateding Rich Swann for the Cruiserweight Championship at Royal Rumble, Neville was going to finally have his official coronation as “The King of the Cruiserweights.” Swann disrupted those plans but was injured in the process. As a result, Gentleman Jack Gallagher joined forces with Cedric Alexander to battle Neville and Noam Dar.

Early in the battle, Neville asserted his dominance against Gallagher sending a forceful message as the new Cruiserweight Champion. Tagging in Dar allowed Gallagher to use his unorthodox style to take control of the bout along with Alexander. Once “The King of the Cruiserweights” got back into the thick of the action, he and Dar began dismantling the British Superstar.

As Neville attacked Gallagher, Dar tagged himself in much to the chagrin of the Cruiserweight Champion. Gallagher mustered what strength he had left to take down Dar with a headbutt. As The Scottish Supernova went for the tag, Neville left the ring leaving his partner to fend for himself. This allowed Alexander to capitalize and pick up the win for himself and Gallagher. 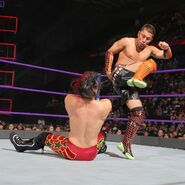 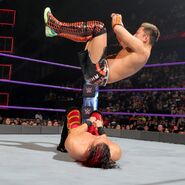 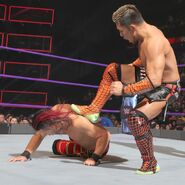 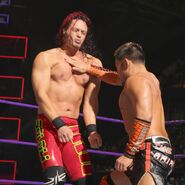 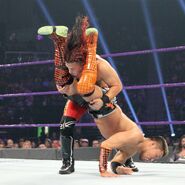 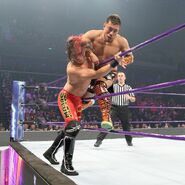 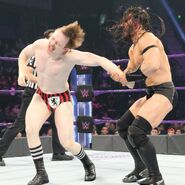 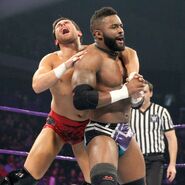 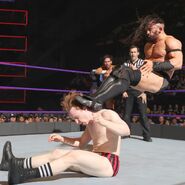 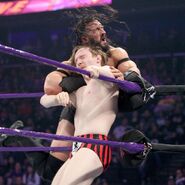 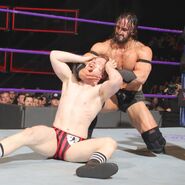 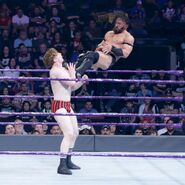 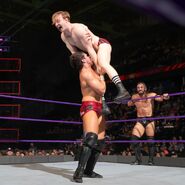 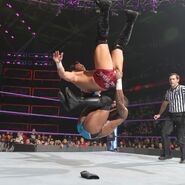 Retrieved from "https://prowrestling.fandom.com/wiki/205_Live_(January_31,_2017)?oldid=1551105"
Community content is available under CC-BY-SA unless otherwise noted.