After weeks of unleashing verbal and physical attacks, The Brian Kendrick may have found the right combination in unlocking a deep-seeded aggression from inside of Gentleman Jack Gallagher. Last time on WWE 205 Live, Kendrick transformed an image of Gallagher into a clown – an image that led the British Superstar to set aside talk and charge the ring. The Man with a Plan escaped through the WWE Universe, but it seemed he achieved his goal.

That notion was tested – and proven – during their bout on the most recent episode of WWE 205 Live. Kendrick was determined to defeat Gallagher and “send him back to the circus.” However, Gallagher wasted no time attacking his tormenter and unleashed a series of kicks, knee strikes and headbutts. The aggression of Gentleman Jack was overwhelming, and he relentlessly kicked The Man with a Plan, using the ropes as leverage. With Gallagher refusing to yield, the official had no choice but to disqualify the fired-up Superstar.

Despite the outcome of the match, Gallagher continued to attack Kendrick, slamming him into the LED board on the ring apron and eventually forcing his nemesis to retreat into the crowd.

Before the match got underway, “The Premier Athlete” Tony Nese made sure to take a few moments to show off his impressive physique. Unfazed by Nese's bragging, masked marvel Gran Metalik was ready to rely on his skill inside the ring to silence “The Premier Athlete.”

However, when the match got underway, Nese once again showed off his physique, taunting his opponent. Gran Metalik was not impressed and used his speed to counter Nese's strength, executing fast-paced maneuvers that kept “The Premier Athlete” reeling. Following an incredible crossbody on the outside, Metalik needed a moment to regain his composure, but that break in the action also allowed Nese to do the same.

Using his raw power and technical ability, “The Premier Athlete” took control of the bout, methodically striking his opponent and keeping him grounded. The lucha libre sensation regained control, countering Nese off the top rope. After executing a high crossbody, Metalik nearly secured victory, but was also favoring his abdomen.

Both Akira Tozawa and Ariya Daivari staked their claim for an opportunity to challenge Neville for the WWE Cruiserweight Championship at The Biggest Event of the Summer. With The Stamina Monster battling through a painful shoulder injury and Daivari, who recently defeated Neville by Count-out, honoring past Iranian athletes, the two Superstars collided in an intense battle to determine Neville's opponent.

The bout began with a stalemate between the two Superstars, but Tozawa took control following a series of chops and an impactful senton, forcing Daivari out of the ring. As The Japanese Superstar prepared to dive to the outside, The Persian Lion struck and began targeting Tozawa's shoulder. Although The Stamina Monster fought back, Daivari threw him shoulder-first into the ring post. After using the barricade to keep his opponent down, Daivari attempted unsuccessfully to win by Count-out. The Persian Lion pressed on, focusing his offense on Tozawa's shoulder.

As the WWE Universe rallied behind him, Tozawa showed his incredible stamina and resilience, battling back when he could and enduring the pain applied by Daivari. Feeling a surge of adrenaline, the Japanese Superstar avoided a high-risk move and went on the offensive. The Persian Lion still managed to regain control by attacking the shoulder. After executing a frog splash, Daivari grew frustrated that he could not secure the victory.

Once again, The Stamina Monster battled back, knocking his opponent out of the ring and executing a shoulder tackle through the ropes. Wasting no time, Tozawa put Daivari back into the ring and punched his ticket to SummerSlam with a senton from the top rope. 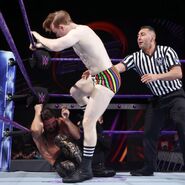 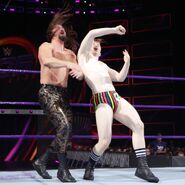 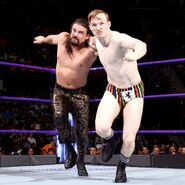 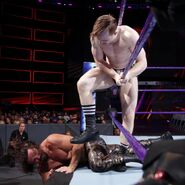 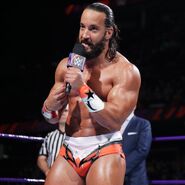 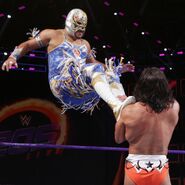 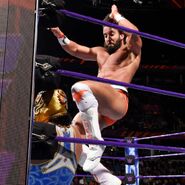 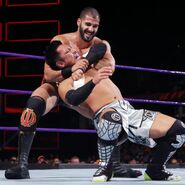 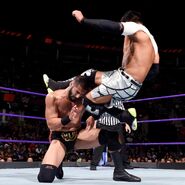 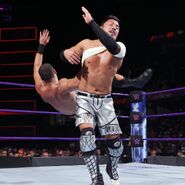 Retrieved from "https://prowrestling.fandom.com/wiki/205_Live_(August_1,_2017)?oldid=1551061"
Community content is available under CC-BY-SA unless otherwise noted.