One Pro Wrestling (1PW) was a British promotion based in Doncaster until 2007 and then Ellesmere Port. It was originally run by a leading UK wrestling store, 1 Up Games (now out of business) and was formerly chaired by Steven Gauntley. The promotion was eventually lead by wrestlers Dragon Aisu (Dan Richardson), Jon Cameron (Jon Apsey) and El Ligero (Simon Musk). The company folded in August 2011. 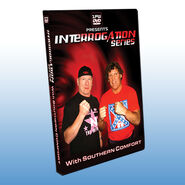 Retrieved from "https://prowrestling.fandom.com/wiki/1_Pro_Wrestling?oldid=1557627"
Community content is available under CC-BY-SA unless otherwise noted.